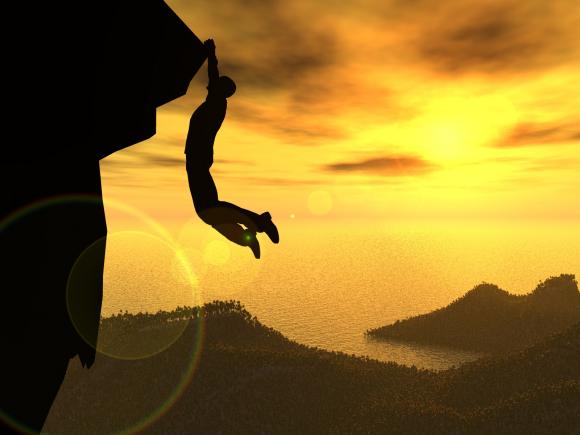 On Wednesday, Tommy Caldwell,36, and Kevin Jorgeson, 30, two professional rock climbers, managed to be the first to free climb the 3,000-foot vertical Dawn Wall of El Capitan in Yosemite National Park. After pulling themselves atop the ledge, the two longtime friends first embraced, and then raised their hands in victory.

The achievement is the result of years of practice, injuries, sore fingers, and 19 days of continuous scaling of the granite monolith’s wall with their fingertips.

Caldwell’s mother, who was watching her son climbing from the valley floor, said that the two’s friendship was built of suffering on the same wall together over a six year period. She also said that her son could have reached the top ledge several days ago, but he waited for Jorgeson to come along and share victory.

Nearly 200 people encouraged the two climbers from the valley floor, while thousands more kept their finger crossed while staying connected on Facebook and Tweeter.

Also, the world’s most difficult rock climb was recorded by professional filmmakers dangling from ropes. This is the first time somebody free climbs the El Capitan’s Dawn Wall. Many said that free-climbing it was impossible due to the smoothness of the stone and its steepness.

President Obama tweeted the two climbers from his office and congratulated them for reminding “us that anything is possible.”

Caldwell and Jorgeson used only safety ropes to prevent falls. However, they climbed the steep wall only by relying on their strength and ability. During the climb, the two climbers got injured and experienced constant falls.

On top, their girlfriends were waiting for them as well as a group of fans. Later, the two planned to hike down the mountain for as long as three hours.

The adventure started 19 days ago (on December 27) when Caldwell and Jorgeson started the climb. The two lived on the wall in hanging tents. They ate there, slept there, and disposed of their feces with the help from some friends who also provided them with water and food and filmed the climb.

They did not use cables of chisels to carve into stone. They advanced inch by inch by holding onto small crevices and sharp rock projections. Sometimes, they needed several days to heal their fingers or muscles. They used tape to protect their fresh wounds. Caldwell even made use of an alarm to wake him up every few hours to mend his sore hands with a special ointment.

In 1970, Harding and Dean Caldwell scaled the Dawn Wall in 27 days using rivets and chisels. However, is the first time somebody manages to continuously free climb the Yosemite rock wall.