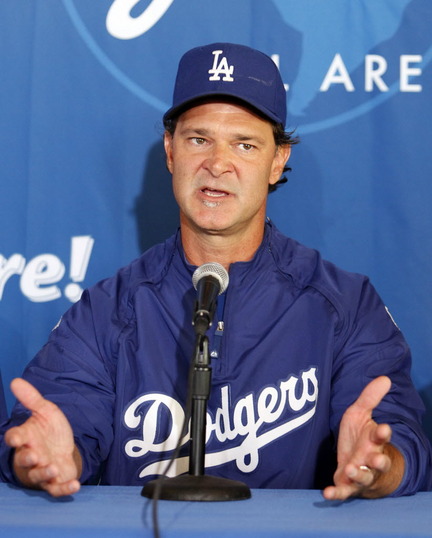 The Dodgers manager, Don Mattingly, is taking his time deciding on a starting pitcher for the game against the Cubs. There’s a lot at stake during Sunday’s finale to be played at Wrigley Field and Mattingly, while undecided, seems to be leaning towards going with a reliever. If he were to do so, Dan Haren would be pushed back and pitch on Monday’s opener against the Giants, played at the Dodger Stadium.

The Dodgers manager told reporters that it would either be Haren pitching Sunday, or one of his best right-handed relievers. Regardless of his decision, Mattingly wanted to see which reliever would be better suited on Saturday before making the announcement public.

“Today has a lot to do with tomorrow,” Mattingly told reporters.

The most likely candidates for the position are  certainly either Jamey Wright, a veteran who has made over 245 Major League starts, or a total rookie, Carlos Frias, who only made two until now.

With a record-setting outing of eight runs for 10 hits in 66% of an inning, Frias was the one to start on Wednesday in Colorado. The rookie also pitched six scoreless innings against Washington on the 3rd of September, which convinced Mattingly that there was a better setup for him.

In fact, Mattingly objectively analyzed his performance and while praising his start, noted that there was a quick turnaround from the initial enthusiasm.

“In Colorado, anything can happen”, Mattingly noted. “He had issues catching his breath, with his hydration. Sometimes it’s already in their heads pitching there.”

The Dodgers manager claimed that the bullpen was the best place right now and that Frias could give the club a couple innings in the middle.

Wright on the other hand had his longest appearance in three innings, but only one start since 2007 (the match against Oakland in Tampa Bay). During that match, he made 36 pitches.