“I very much look forward to the addition of Becky Hammon to our staff,” said Spurs head coach Gregg Popovich in a statement. “Having observed her working with our team this past season, I’m confident her basketball IQ, work ethic and interpersonal skills will be a great benefit to the Spurs.” 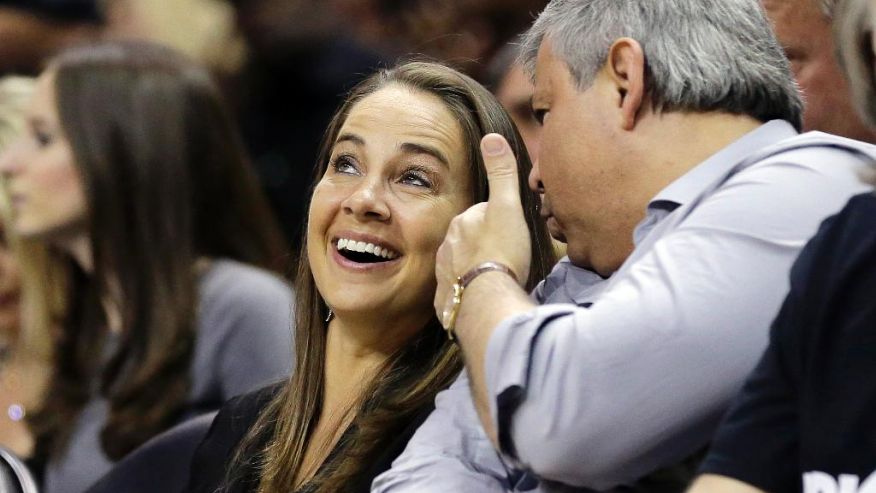 She is a a 16-year WNBA veteran who played for the San Antonio Stars since 2007 and plans to retire after the current WNBA season concludes. She also missed the previous season because of a knee injury.

Hammon, 37, is officially the first full-time, paid female assistant on an NBA coaching staff. She will assist Gregg Popovich everywhere; from scouting to game planning and finishing with the obvious day-to-day grind of practice. There was a similar case during the 2001-2002 season, when Lisa Boyer served as an assistant to Cavaliers head coach John Lucas II, but she was never paid for that, did not travel to away games or sit on the bench.

“Nothing in my life has really ever been easy. I’ve always been someone who did it uphill,” Hammon said. “I’m up for challenges. I’m up for being outside the box, making tough decisions and challenges. … And I’m a little bit of an adrenaline junkie. Throw those all in there and this was the perfect challenge and opportunity.”

Hammon already joined the Spurs during training camp at the Air Force Academy in an informal role this preseason. She’s been friends with Spurs teammates Tony Parker and Tim Duncan since competing in an NBA All-Star shooting competition in 2008.

The Spurs are known for always welcoming new people, as they hired European coaching legend Ettore Messina to join Popovich’s staff earlier this summer and have also been the leaders in bringing international players to the NBA for almost two decades.