A New Orleans drive-by shooting ended with the death of an 18-year old woman and a man, while five other were injured. This happened in a neighborhood that was destroyed by Hurricane Katrina and has been struggling with crime since then.

Those injured are currently in the hospital: two children (ages 2 and 4) and a woman are still in critical condition, while a 13 year-old girl and a 37 year-old woman are stable. Officer Frank Robertson, police spokesman, informed the public as to the victims’ health and added that they were in front of a house while the attackers drove up. According to him, the shooters were driving in a dark car. As they pulled up to the house, they immediately opened fire and soon after drove off. 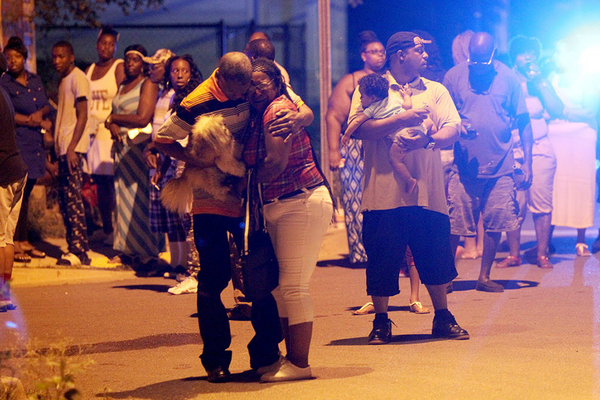 The Lower Ninth neighborhood where the shooting occurred is predominantly populated by African-Americans and is located just five miles from the French Quarter.

Police explained that the shooting had taken place at around 8 PM on Sunday. They couldn’t offer more details related to the shooting, other than the fact that there were multiple suspects that were seen fleeing the scene of the shooting. A possible motive was not released by the police.

Since 2005, when Hurricane Katrina’s floods overwhelmed New Orleans, the Lower 9th has been dealing with serious crime.

In this city that is so dependent on tourism, the latest shooting is just one in the series that have been terrorizing citizens. In June, for instance, a shooting took place on Bourbon Street that resulted in the death of one person and the wounding of nine additional people.

In another unrelated spate of violence that occurred within the same neighborhood, a 20 year-old man began shooting at one of his friends on a Sunday morning, inside of his hotel room, located at the edge of the quarter. Apparently, the men that were living on the 17th floor room at The Westin hotel on Canal Street had been partying until around 5 AM when they went to sleep. One of the men, under the influence of unknown substances, shot his 24 year old friend. After shooting his friend, the shooter engaged in a three hour standoff with the police that ended with the man committing suicide, according to authorities.

During the standoff with the police, SWAT teams were called in after the shooter pointed his gun at the police when they were let into the room by hotel staff. Negotiations went on for three hours after which the shooter shot himself.