You are here: Home / Sports / The Los Angeles Angels Opened the Interleague Showdown With a 5-0 Victory over the Los Angeles Dodgers

Garrett Richards pitched a five-hitter for his first career shutout, while Mike Trout and Albert Pujols both had RBI doubles in a four-run first inning, and thus the Los Angeles Angels opened the interleague showdown with a 5-0 victory over the Los Angeles Dodgers on Monday night.

“I know from playing with him and watching him the last couple of years that he’s got some of the best stuff in baseball,” Zack Greinke said of Richards, with whom he was teammate for a brief time for the Angels. 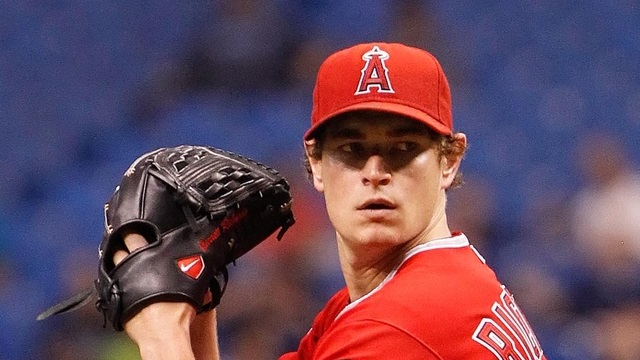 Richards and Greinke have been two of the best pitchers in the league and the Dodgers come in at 11th in the league in runs and they are in the top 10 in batting average and on base percentage, while the team is 10th in slugging percentage.

The Angels are coming into the game after a win over the Tampa Bay Rays and Jered Weaver got the win for the team lead with 12 on the season and the Angels have been one of the most impressive teams in the league hitting the ball.

As far as the Dodgers are concerned, this loss was the third in four games, and their lead over the second-place San Francisco Giants in the National League West was reduced to 11/2 games.

“(Greinke) just made two mistakes to two really amazing hitters, and they made him pay for those mistakes,” Dodgers catcher A.J. Ellis said. “After that, he was lights out.” Richards took control from there, allowing just one runner to reach third base. “He is driven,” Angels manager Mike Scioscia said. “Garrett wants to be good. He has a lot of confidence in what he can do.”

Greinke himself has been excellent against the Angels, coming in with a 12-6 record with a 2.65 ERA and therefore matching up against Richards, who has an 11-4 record and a 2.74 ERA this season. Greinke has been a fantastic acquisition for the Dodgers, after playing with the Angels he has allowed one run over the last 15 innings and he has struck out 23 batters.