A family car veered off a Long Island highway, crashed into a tree, caught fire and killed the people inside. A mother with her three children and their grandmother were going home after a family gathering.

The mother, Myriam Lebrun, age 37, was driving through the Southern Sate Parkway just before 11 P.M. She was heading towards Brooklyn when her Honda Accord lost control. She left the wesbound lanes close to Exit 38 in Babylon. That’s where the car smashed the tree, says the state police. 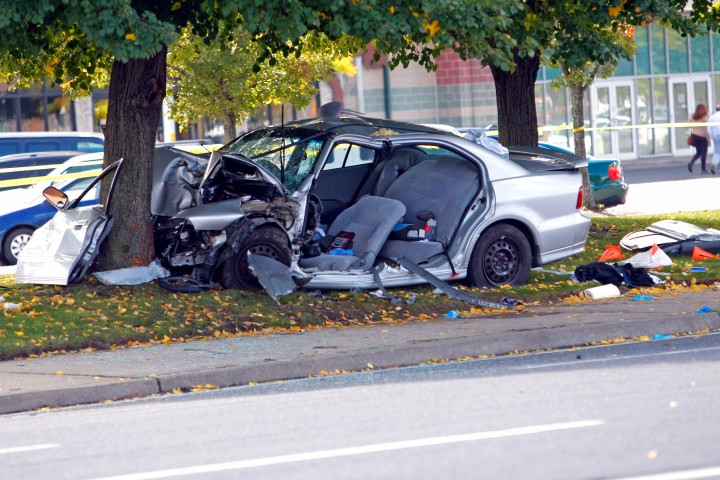 The five passengers died almost instantly. There was nothing that the police could do. State authorities identified the other victims as Marcus Jeanty, 14, Kayla Jeanty, 8, Marcel Jeanty, 9 and Moise Yolande, 68. The police is still unsure how this tragedy happened, or how the car veered off the road.

“It looks like a combination of speed and we’re investigating the possibility of alcohol.” – Lead State Police Investigator, Charles Knapp

Three civilians were killed within an hour in the suburbs of Los Angeles. They were random victims of shootings that might have been executed by the same attacker, declared Sgt. Frank Preciado of the police. Witnesses also said that they saw a gold-colored SUV at 2 of the 3 crime scenes near the San Fernando Valley.

The first shooting occurred at 5.50 a.m. in San Fernando. A family of five was riding in the car, attending church, when shots were fired. A 20-year-old woman was killed, and the other four family members were injured (one of them was hospitalized).

Roughly 40 minutes later, a man was shot near Sylmar park. Another 15 minutes later, approximately 5 miles away, another woman, this time 50-years-old, was found dead due to gunshot wound in the head.

In other news, four people were found dead off the Florida Coast. It appears that the bodies were found in the waters of the South Florida coast. Two men were discovered Sunday at 10 A.M.

‘Our main concern is to make sure there’s no one else out there in distress that might need help.” – Petty officer Mark Barney

The Coast Guard plane hovered over the area for a while and reported what appeared to be three other bodies in the vicinity of the first victims. At the moment, ground crews are searching the water to see if there are any more bodies, or just debris. No boat belonging to the victims was found.