There are roughly two months before midterm elections and President Barrack Obama has yet to take action on immigration. Lawmakers and advocates from both parties are now rethinking their strategies for the fall. On one side, the Democrats, who were preparing themselves for Obama’s long-awaited announcement about immigration are now working on new strategies. On the other side, Republicans, who were working on legislative means to bloc Obama, are now reconsidering their last movements before Election Day. 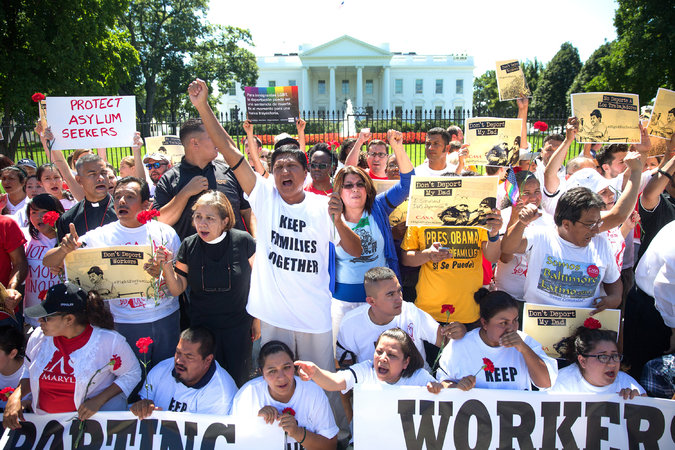 In addition to this, immigration advocates are already very frustrated by Obama’s approach on the situation. They must quickly decide how and if they will pressure the President publicly to ensure that they receive a positive response in the end. At the end of June, the president declared that by summer’s end he will announce what steps are to be taken to resolve the problems in the nation’s immigration system (in the absence of a legislative solution from Capitol Hill).

However, the president has yet to take any action, even if the deadline was scheduled on Thursday. As a matter of fact, the White House acknowledged, on Friday, that it may be possible for the decision to slip until the end of the summer. It is still unclear if the delay would only mean a few weeks, or if the announcement would be pushed back until the November elections.

“The President is determined to take the kinds of steps that are available to him.” – Josh Earnest, spokesman for the White House

If the situation is not resolved until the end of summer, or if no announcement will be made by that time, it is probably due to the situation on the border, not because of the election. According to official reports, the Obama administration is now focused to stem the surge of unaccompanied minors that are crossing in the United States. Although these numbers have declined, it remains a problem.

The White House hasn’t said what options the president is considering but it is clear that he is focusing on steps that would defer deportations for millions of people in the United States illegally, by granting them permission to remain and work here.

This year has been full of fights for the Democrats in conservative-leaning states, where presidential action is seen as a likely liability in the election (some believe that Obama is exceeding his authority & the Democrats do not want to enforce immigration laws). Chris Lehane, a Democratic strategist believes that Obama’s take on the immigration laws might affect the voters.

“All of these elections are going to be so laser-tight — 5000 votes one way or the other — that at some level, what’s out there at the broader, national level at election time could push things over the edge.” – Chris Lehane

Immigration advocates are somewhat taken aback by the potential delay. Kica Matos, of the Fair Immigration Reform Movement, has pressured Obama in the last months. Now, Matos says that exhausted advocates will continue to pressure the president into taking a decision.

“They say they’re going to move forward, then somebody goes boo and then they hide.” – Kica Matos