You are here: Home / National News / The Selfie of All Selfies Was Made from From Space 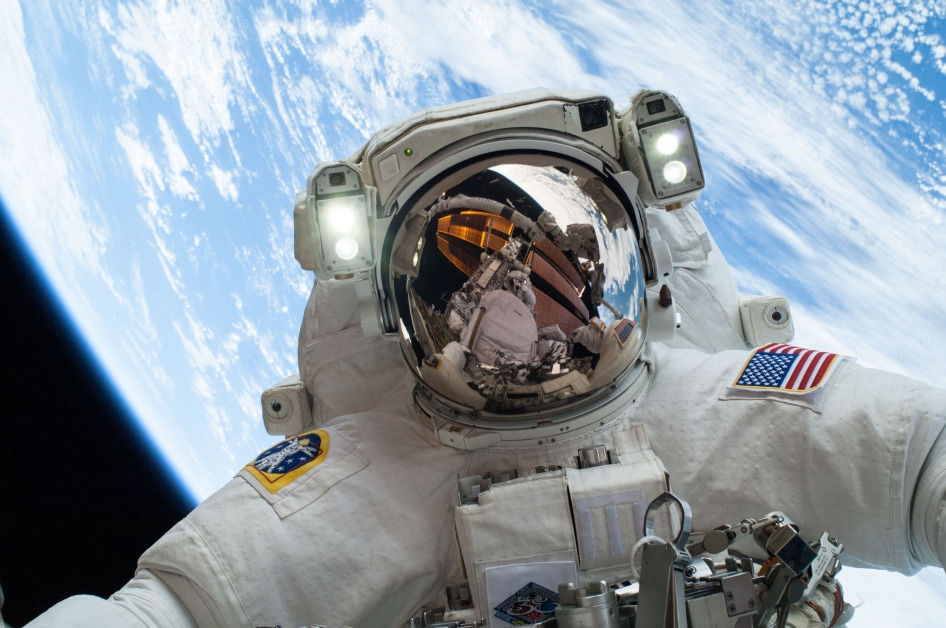 Selfies have become the latest craze in our smartphone and tablet shaped society and it’s only befitting that technology would advance accordingly. But it’s not just technology that is shifting. Psychologies are also changing, to such an extent that even NASA astronauts are taking selfies. And what better place to do such a thing is there than space? The following selfie is literally out of this world. Let’s take a closer look at its author.

Mike Hopkins, a Flight Engineer on Expedition 38, took one of the best selfies there are (also named “the selfie to end all selfies”) when he decided to take a photograph during a spacewalk. His fellow astronaut Rick Mastracchio hoined him for the walk and also appears on the photo (as the image on Hopkins’ helmet visor).

The picture was taken while Hopkins and Mastracchio were in full astronaut suit on a spacewalk outside the International Space Station. And while the location and props were marvelous (let’s face it, there is nothing we can come up with that can top the big blue ball of blue that is Mother Earth), the timing was also impecably chosen. This is because Hopkins decided to go for this specific spacewalk on Christmas Eve. And as a special present from good old Saint Nick, he didn’t even need to use a filter while taking the picture.

This spacewalk did have a specific purpose: the astronauts had to fix a pump module that was no longer running optimally on the exterior of the International Space Station (which has been orbiting the Earth since 1998).

And while we would be inclined to think that this is the first time something like this has happened, you would be surprised how many selfies have already been taken in space. Expedition 32 (and JAXA’s astronaut Aki Hoshide) also have a noteworthy picture taken in 2012 that involves the Sun, the Earth (as seen in the astronaut’s visor) and parts of a robotic arm. Even before that, astronauts enjoyed taking pictures while on missions. Back in 1969, Al Bean and Pete Conrad (visible in the helmet of his crewmate) took a picture during their landing on the moon while on the Apollo 12 mission. Clay Anderson also managed to sneak a self-portrait during his Expedition 15 spacewalk in 2007 and Luca Parmitano (Expedition36/37) did not fail to follow in his footsteps when he also took a picture back in 2013. We are hoping to see more selfies from astronauts in the future!