You are here: Home / Sports / Rochelle Sterling Allowed to Sell the Los Angeles Clippers for $2 billion 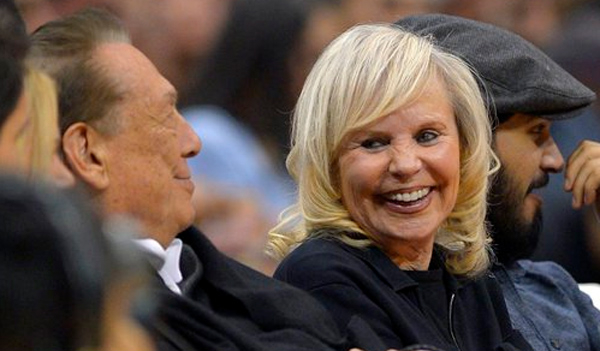 A California judge issued a preliminary ruling Monday that entitles Rochelle Sterling to sell the Los Angeles Clippers to the businessman Steve Ballmer, who has agreed to pay $2 billion for the franchise.

During the ruling, Judge Michael Levanas of California Superior Court explained that Rochelle Sterling had correctly followed the directions of the family trust as far as removing Donald Sterling, her estranged husband, as co-trustee. She was empowered to sell the team could without waiting for what would be a lengthy appeal.

Rochelle Sterling had to take over the team after doctors determined Donald had shown signs of Alzheimer’s disease. Being un-capable of running the team, Rochelle took over its trust. Moreover Donald, 80, was barred out from the NBA for life because of an audio recording of him making racist remarks to his girlfriend. He also paid a $2.5million fine.

Everybody was impressed about the $2 billion deal she made, including the Judge, as Donald had bought the team back in 1984 for $12 million. Her altruistic approach towards the Clippers made a good impression and it helped accelerate the demarche of the transaction that should be concluded by the contractual deadline of August 15.

Regarding the Judge’s decision, it appears that “Donald’s answers were often evasive and, in one instance, inconsistent with his previous testimony.”

Donald also tried to turn the Judge against Rochelle Sterling, claiming she had him submit to neurological testing as part of a plot (called “Secret Plan B”) to take control of the team. In spite of that, according to the Judge, Sterling’s testimony was “far more credible.” She did what she had to do after witnessing Donald’s embarrassing interview with Anderson Cooper.

Rochelle started crying after learning the favourable decision. “This is a new day in Los Angeles and a new day for the Los Angeles Clippers,” Pierce O’Donnell, her lead lawyer, said. “And we want to go forward understanding that it was one woman who stood up against her husband, who had the courage to go to court and prevailed. So for the cynics out there, sometimes it works out OK. This is a Hollywood ending.”

But Donald will not stop here. His legal team is likely to search for injunctions from both the California Superior Court and from the United States District Court as well, where he filed his lawsuits for damages against the NBA.