Los Angeles is known for many things, and one of them is epic traffic jams. They have just become worst since the major roadway construction projects are taking over several traffic areas. There was “Carmageddon”, there was “Jamzilla”, and now it is time for the “Century Crunch”. Joni Conterno has seen them all.

“I’ve lived through them all (…) We first experienced this in 1984 when the Olympics were in town and they said, ‘Don’t drive!”” – she said laughing 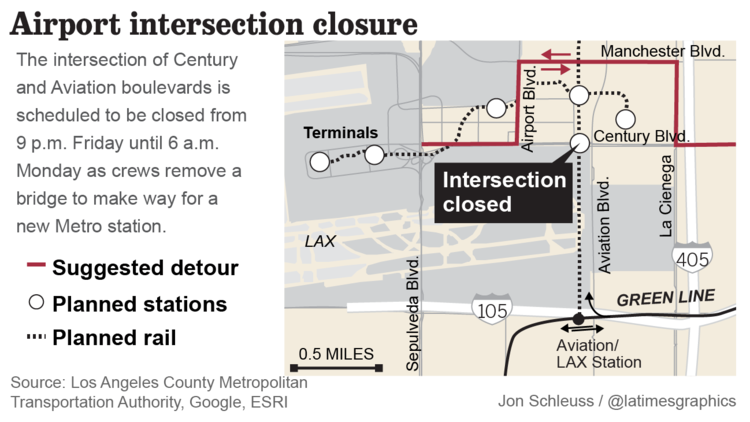 She said that the signs back then worked like a charm. She also adds that they kept a lot of people at home. This plan seemed to be working well this Saturday, when the Century and Aviation boulevards were closed near the Los Angeles International Airport entrance. The reason for this, was to facilitate the efforts of workers who were trying to demolish an old railroad bridge to make more space for a new commuter rail station.

People passing through the area were already warned that the ongoing project will probably cause severe traffic issues throughout the weekend. Joni Conterno was not distressed by this issue. She simply stood beside her SUV (parked outside Terminal 2 at the airport), and watched traffic speed by. During this time, demolition workers were making progress with the bridge. They actually managed to knock it down by about 9 A.M., and before the afternoon was over they were already carting off the debris.

Government officials closed the Century Boulevard Friday, at 9 P.M., and it is scheduled to re-open Monday, at 6 A.M. Once the weekend is over, the Boulevard will only have one lane for each direction closed for an extra 16 months until the commuter rail station is done. It will be a 8.5-mile Crenshaw light-rail line, which will open in 2019.

Also, surface-street traffic east of LAX was re-routed 3 miles around the intersection. cars that were heading to the airport were sent north on the La Cienega Boulevard, south on Airport Boulevard (from where they rejoin Century – officials say that 80.000 of daily vehicles use the Century Boulevard route), and west through Manchester Boulevard. A total of 200.000 passengers/day are expected to pass through the Airport in the weekend (employees were not counted – they could add up to an additional 20.000 passengers/day). 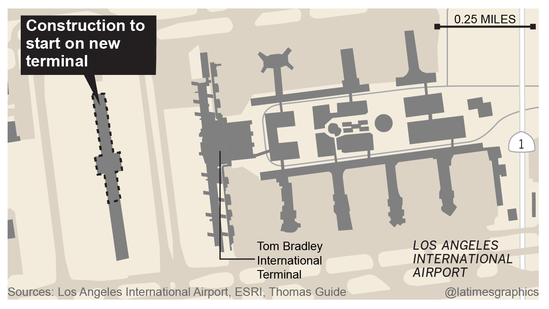 What do drivers have to do about it? Conterno is extremely calm. She lives near the Westchester airport, and she decided to always leave her home a little early to make sure she reaches work on time. In an optimistic note, she also adds that people are over-prepared:

“We all live in our cars, so we’re prepared for this. Maybe later it will get worse, but I hope not.”

She was dropping of a colleague along with 3 boxers in dog carriers. Her colleague was flying off with WestJet to Vancouver, Canada, to find new homes for the dogs. Other drivers are not as patient as her, and they might not enjoy the delays.

We recommend you to stay away from traffic jams and check traffic conditions on go511.com before embarking on a journey.