An execution went wrong on Wednesday in Florence, Arizona, as a convicted murderer took almost two hours to die after he was administered the lethal injection. This botched execution has prompted the governor to order an investigation into the matter and the State Supreme Court to order that all utensils and materials used during the execution be preserved for further investigation. 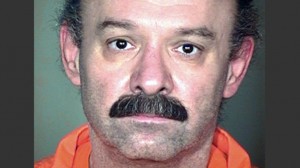 The convict’s name is Joseph Rudolph Wood III and he was sentenced to death by lethal injection in 1991 after shooting his girlfriend Debra Dietz and her father, Eugene in Tucson, Arizona in August 1989.

On Wednesday, July 23 at the Arizona State Prison Complex, he received an injection at 1:52 p.m. The inmate was supposed to die in 10 minutes, but something went wrong and it took the man one hour and 57 minutes to die.

The witnesses reported that Wood took over 600 gasps of air during that time, he whizzed and gasped like a fish on dry land.

Jan Brewer, Arizona Gov. ordered that a review of the execution process be made and she said that she was concerned about the length of time it took this man to die. This incident came at a time when already lethal injections are controversial, because of botched procedures such as this one and secrecy.

Brewer said in a statement:

One thing is certain, however, inmate Wood died in a lawful manner, and by eyewitness and medical accounts he did not suffer. This is in stark comparison to the gruesome, vicious suffering that he inflicted on his two victims — and the lifetime of suffering he has caused their family.

The reason why it took Wood so long to die is not known, but some believe that he was part of an experiment for a new lethal injection that was made up of midazolam and hydromorphone (an experimental drug combination). The injection was administered at 1:57 p.m. and at 2:02 his mouth moved and he started gasping and snorting. Dale A. Baich, Wood’s attorney, tried to stop the execution, without success.

I take comfort knowing today my pain stops, and I said a prayer that on this or any other day you may find peace in all of your hearts and may God forgive you all.

What are your thoughts on this incident? Are you for or against the death penalty? Care to share your thoughts with us? Drop us a line in the comment section below, we like hearing from our readers, especially when it comes to delicate subjects such as this.