You are here: Home / Sports / Andre Johnson Showed up at the Team’s Facility Camp 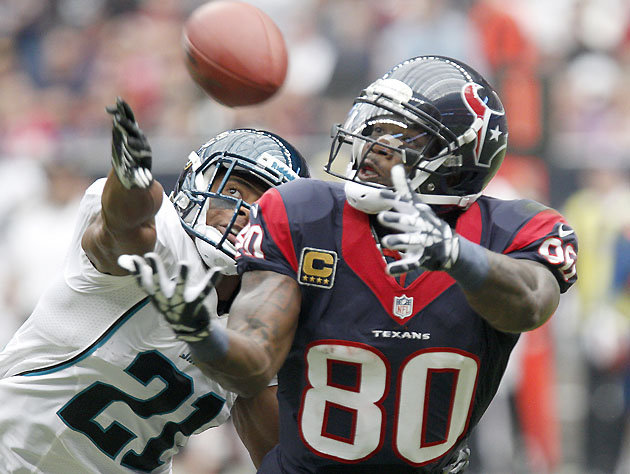 Andre Johnson, the wide receiver from the Huston Texans reportedly went to training camp Friday. Johnson showed up at the team’s facility and took his physical. He is to start practicing Saturday morning.

Johnson, 33, has spent his entire 11-season NFL career with the Texans and is the franchise’s longest-tenured player. In 16 games last season, he caught 109 passes for 1,407 yards and five touchdowns.

In spite of that, back in May, Johnson told reporters that he wondered whether Houston was still the place for him.

“Nobody’s been here as long as I have,” Johnson said then. “You just kind of look at things. I’ve been thinking about things this offseason. And I just kind of wonder sometimes, ‘Is this still the place for me?’ …”

That came in the context of a 2-14 season that cost head coach Gary Kubiak his job. He was replaced with Bill O’Brien.

O’Brien returned to the NFL for his first head coaching job in the league after spending the previous two seasons coaching Penn State. He took over the Nittany Lions because of Jerry Sandusky’s child sex abuse scandal and led the team to victory in both 2012 and 2013, just before being hired by Houston. He therefore has a reputation as a quarterback know-it-all after spending three seasons working as Tom Brady’s position coach with the Patriots.

Because of his dilemma, receiver Andre Johnson skipped offseason workouts and mandatory minicamp. Nevertheless he is still scheduled to make $31.5 million all in all in base salary during the next three seasons. In other words, Johnson is under contract through the 2017 season.

“I just look at my career … I’ve only been to the playoffs twice. I think we’ve only had three winning seasons. I don’t think any player wants to experience that. I think over time it can become very frustrating. And this offseason has been very frustrating for me; beginning of the offseason, I should say. That’s just kind of where I’m at right now.”

As Sydney Rice from the Seahawks announced his retirement on Wednesday, well, that’s a team that would seem to fit everything that Andre would dream of. Moving to Seattle would immediately bring Johnson in a Super Bowl game, thus guaranteeing him a trip to the playoffs.  Something he’s only done twice in his 12-year career.

Johnson would fit the Seahawks game plan at wide out in the same way that Rice did. But these are sheer speculations, as The Texans are likely to not want to give up on Andre Johnson.