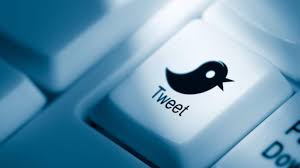 Utah Senate’s leader and another state lawmaker on Monday apologized regarding the tweets posted from their accounts the same morning. The tweets were criticized as homophobic and insensitive.

Senate President Wayne Niederhauser said in a statement that the tweets were made by an intern whose job is to tweet on the senator’s behalf. He used the account to direct gibes at Lehi Republican Rep. Jake Anderegg.

Earlier Anderegg joked on Twitter saying that he contemplates converting his gender identity to be able to use a vacant women’s restroom. The tweet denoted to another lawmaker’s proposal that would bar transgender students from using the bathroom they choose but would necessitate schools to include another restroom accessible should the student’s family request it.

Both lawmakers were severely criticized from LGBT rights advocates and others. Anderegg in a tweet termed his erstwhile comments “totally inappropriate.”