Gays and lesbian couples living in Utah need to go a long way to enjoy their dignified union as the state’s law is still to give same-sex marriages a legal status.

Much to the disappointment for many gay couples, the Supreme Court has stayed a federal district judge’s decision that gays and lesbians have a constitutional right to marry.

The apex court pronounced the terse order without any dissent, however, suggested that the judicial system of the state is still not ready to deliver a landmark verdict of recognizing a right to gay marriage nationwide. 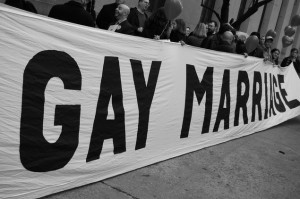 The gay and lesbian community across the globe has been moving from pillar to post to make the legal corridors of their country listen to their plights and rights. But only few countries round the world have granted same sex marriages a constitutional right. As of 19 August 2013, 15 nations allow same-sex couples to marry. They are Argentina, Belgium, Brazil, Canada, Denmark, France, Iceland, Netherlands, New Zealand, Norway, Portugal, Spain, South Africa, Sweden, Uruguay and several sub-national jurisdictions (parts of Mexico and the United States). The United Kingdom has passed a law in this regard which will be effective in England and Wales and will be fully in force on 29 March 2014.

According to Cornell University law professor and a former court clerk, Michael Dorf, the court must have stayed the lower court’s order as it want a little more time to decide over the issue.

The order puts a stop to the issuance of new marriage licenses for gay and lesbian couples in Utah while the state appeals to the U.S. 10th Circuit Court of Appeals in Denver. About 1,000 marriage licenses were issued over the last two weeks after a federal district judge’s Dec. 20 ruling.

Brandie Balken, who is married for 17 days with her spouse Lisa, says “What a short honeymoon it was. What about filing for insurance? What about everything?”

Monday’s ruling has opened a complex legal trapdoor for many same-sex newlyweds as they are unclear about the marriage status.