You are here: Home / National News / Police Suspect Family Dispute As The Reason Behind Auto-pedestrian Accident 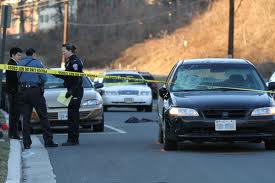 SALT LAKE CITY: A pedestrian was struck by a truck on Saturday afternoon around 4 p.m. in the area near 200 south and 500 west. According to the police the suspect intentionally drove a truck onto a sidewalk and struck the pedestrian. The officials believe the suspect and victim know each other.

Emergency crews rushed the victim to the hospital in critical condition but with non-life threatening injuries.

Lt. Josh Scharman of the Salt Lake City Police Department said another party is also involved in the incident.

“We know there is some sort of a family relationship, but I’m not exactly sure how that works…As opposed to the suspect related to the victim, related to the, there is another party involved in this as well,” he said.

Officials said the reason why the suspect hit the victim is unclear. They said they had a conversation with the suspect over the phone but they haven’t meet the suspect in person yet. Scharman said later Saturday night that police had recovered the truck, but the suspect remained at large.