You are here: Home / Science / Chinese Students Will Be Living 200 Days In A Space Station Simulation 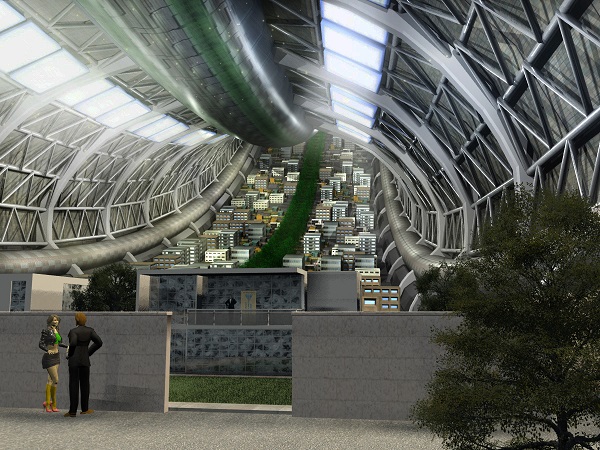 Four Chinese students will be spending the next 200 days in a space station simulation.

Four volunteers, all of them Chinese students, will be spending the next 200 days in the self-sufficient Lunar Palace-1. This is a ‘space station’ simulation and will be looking to monitor the human behavior in confinement to be better prepared for future long space travels.

The students will be looking to recycle and make use of everything they have, even waste and trash. They will be doing so to try and define how humans can survive with limited resources in a space far away from their home planet.

Reports point out that the four volunteers are all students of the Beijing University of Aeronautics and Astronautics. They are also reportedly looking to become astronauts and part of China’s future space mission.

For now, though, they will be spending more than half a year in two bunkers in a Beijing suburb. The students entered and were shut in the Lunar Palace-1 on Sunday, July 09. Starting with this date, they began trying to live self-sufficiently as they would have to while residing in a space station. This could be either on the Moon or Mars, according to reports.

This current project is part of the larger mission, the Lunar Palace 365 experiment. Its larger scope is to try and create a self-sustaining ecosystem, one capable of offering humans everything they would need to survive.

When talking about the Lunar Palace-1, Liu Hong stated that “We’ve designed it so the oxygen [produced by plants at the station] is exactly enough to satisfy the humans, the animals, and the organisms that break down the waste materials.”

The four Chinese students will have to recycle everything from plant cuttings to even the waste they produce. Liu is the principal architect of the project and a Beijing University of Aeronautics and Astronautics professor.

Liu also pointed out the importance of the mental impact, besides the physical needs. She states that spending so much time in such a small space can give rise to some psychological problems.

So monitoring the mental impact will be just as crucial as keeping an eye on the physical conditions.