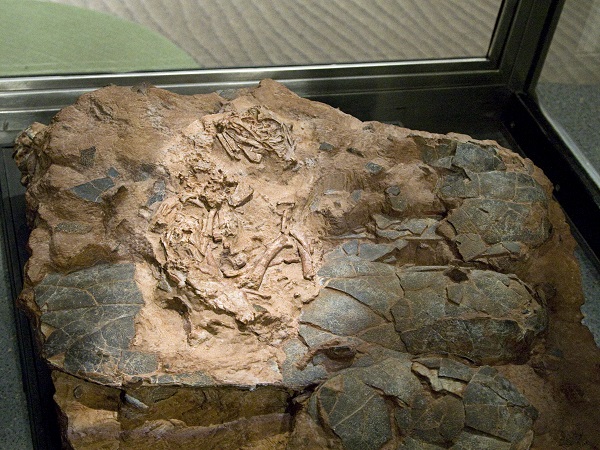 Thanks to the latest research, Baby Louie, the famous giant egg, now belongs to a dinosaur family.

A huge, fossilized egg found by a farmer in China 25 years ago has been determined to be the only known example of a brand new species of dinosaur. “Baby Louie”, as the 15-inch embryo is known is now part of a new dinosaur family. Researchers just named it the Beibeilong sinensis which loosely translates from a mix of Mandarin and Latin as “Baby Dragon from China”.

A Long History for Baby Louie

The Baby Louie embryo is extraordinarily well-preserved in stone. These types of dinosaurs, known as oviraptorosaurs, are very rare in the fossil record for a reason yet unknown.

In fact, scientists discovered far more eggs these species than evidence of adults. They have been so common that they even have a name, Macroelongatoolithus.

“The geographical distribution and abundant occurrences of Macroelongatoolithus egg remains reveal that giant oviraptosaurs were relatively widespread and perhaps even common […],” wrote the researchers.

This may seem a quite strange conclusion as “their skeletal remains are scarce”. They also have yet to be identified in many regions, as they were discovered in a relatively limited area. Still, the study team considers that they may have been quite common in the early part of the Late Cretaceous.

This new dinosaur family was large and feathered. Even though Baby Louie would only have been a few kilos at hatching, his parents must have weighed over 1,000 kgs. Scientists believe they could have resembled a giant emu or present-day ostrich.

The fossil itself has quite a history of its own. After its discovery, the egg made its way to the private fossil market. Then, National Geographic released photos of it on a cover in 1996. The photos were so famous that the fossil got its name from the photographer that took them, Louis Psihoyos.

Baby Louie then resided at the Indianapolis Children’s Museum, where the name stuck. It has since been returned to China, its homeland. Scientists have been studying it ever since. Now, they also announced the name of Louie’s parents’ new species. Also, the team released a research paper in the journal Nature Communications.
Image Source: Wikimedia