You are here: Home / Science / The First Martian Colonists Will Have to be Resourceful to Survive 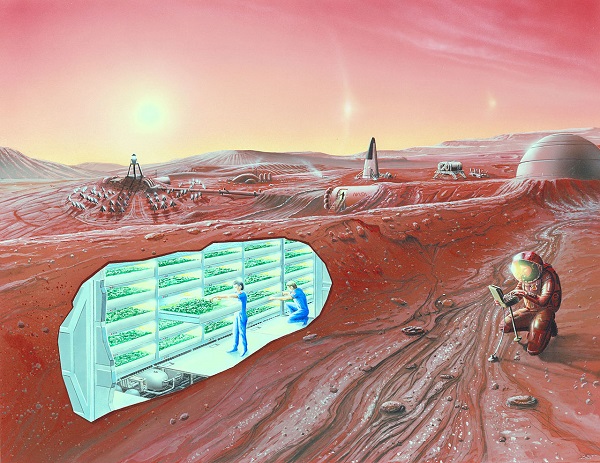 NASA is bent on colonizing the Red Planet before developing all the technology necessary for making the endeavor more comfortable. This means that the first team of colonists will have to use their imagination when dealing with unforeseeable situations instead of relying on state-of-the-art technology as sci-fi movies have taught us.

Martian Colonists Will Need to be Self-Sufficient

In order to colonize the Red Planet, NASA will need spacecrafts equipped with next-level rocket propulsion, high-speed communication systems, and viable deep-space life-support. These are critical tools without which the endeavor is not possible.

However, once the colonists reach Martian soil, they will need more high-tech gadgets to make their stay easier. Unfortunately for them, there isn’t enough time, or budget, to cover all their technological needs, the first Martian colonists having to rely on their keen adaptation skills to overcome possible predicaments.

Phil Metzger, planetary scientist and co-founder of the Kennedy Space Center Swamp Works, declared that advanced technology might not be the best option for the first Mars colonists as they will not be equipped with the necessary means of repairing the devices in case of damage. Instead, the team must find suitable equipment that could be repaired with local resources.

When talking about the inner mechanics of the Martian colony, the scientific community reached a consensus. The colonists will need to be capable of independent functioning, a dependency on resupply ships translating into a death sentence.

Keegan Kirkpatrick, founder and lead of RedWorks, explained that the first Mars colonists would have to recreate the steps of the British colonists that arrived on the shores of Virginia, building their houses from scratch and slowly expanding using local materials instead of waiting for additional supply ships.

The Colony Will be Built With Local Materials

The crew will use a reinvented Roman building material called welded tuff. Basically, with the aid of a low-heat system, the colonists will turn basaltic compounds and silicate into stone-like materials. Another option would be molten regolith electrolysis that breaks down soil samples into basic minerals. The process will generate oxygen and provide the team with a mongrel alloy made of titanium, silicon, aluminum, and iron.

Jeffrey Hoffman, director of the Man Vehicle lab at MIT and former NASA astronaut, declared that the molten regolith electrolysis process should be used a second option of “oxygen mining,” as MOXIE, the Mars Oxygen In-Situ Resources Utilization Experiment, will split the carbon dioxide found in Mars’ atmosphere into oxygen and carbon, thus allowing the colonists to breathe.

NASA’s plans to colonize the Red Planet will involve a lot of hard work and on-the-spot creativity, especially from the crew’s part. If all goes well, the Martian colony will fit right in as all the buildings and equipment will have been made from local materials.