You are here: Home / Science / Space Junk Destruction Experiment Seems To Have Failed 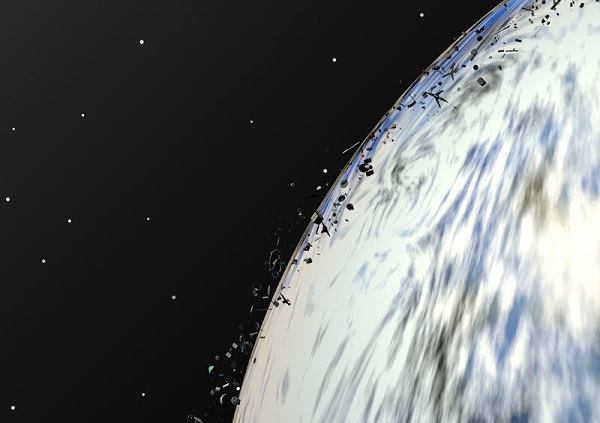 JAXA, the Japanese space agency, set out on a mission to clean the space from debris. To this effect, it is currently unrolling a space junk destruction experiment. But according to reports, the mission has missed its mark.

Even the vastness of space has started accumulating junk. Satellites, telescopes, spacecraft, these all leave behind debris. Presently, they pose a relatively low risk for current missions. But the situation is reportedly not far from changing.

As more spacecraft is being launched into space, the amount of debris will also increase. As such, the chance of future space collisions will also rise. Researchers are pointing out the following. we are close to reaching a critical point. Once this latter is surpassed, space junk collisions may become common occurrences.

Presently, the situation is only encountered with a small number of satellites. The most affected by such events is the ISS. This is the International Space Station. As such, JAXA has set out to find a solution. And to this effect, it has been rolling out a space junk destruction experiment.

Late last year, the Japanese agency launched the HTV. This is the H-II Transfer Vehicle. And they attached “Kounotori-6” to it. This latter is an electrodynamic tether. It comes equipped with KITE. The Kounotori Integrated Tether Experiments or KITE has a specific target. It aims to test a technology that could manipulate the debris.

The space junk destruction process would work as follows. A space junk mitigation system would incorporate KITE. It would work by launching a tether in space. This would capture large pieces of junk and debris. Then, it would change their course. This would be redirected towards Earth. As they would enter into contact with the atmosphere, the pieces would be incinerated.

In December 2016, JAXA launched a robotic cargo space vehicle. This had a double mission. First, it would unload experiments and supplies to the ISS crew. Then, it would test out the space junk destruction theory.

After being unloaded, the cargo ship was reloaded with trash. On January 27, the space vehicle was released from the ISS. It is expected to hit the Earth’s atmosphere and incinerate safely. This later is expected to take place sometime this week or the following.

But before burning up, the cargo should have tested the tether system. It was supposed to extend it, and test the theory. But the mission seems to have failed. According to preliminary JAXA reports, the tether did not function. What’s more, it did not even leave its position.

The tether is an aluminum and stainless steel cable. It was stored on starting blocks on the resupply vehicle. JAXA reports state that the mechanism failed to launch. Which may result in a complete mission failure.

And the Japanese scientists have little to turn it around. They have reportedly been trying to command a launch. But the mechanism has yet to respond. And they also have a small troubleshoot window. As the cargo ship is hurtling towards Earth, it will sooner rather than later hit the atmosphere.

It remains to be seen if the space junk destruction experiment will actually be carried out. And if so, if it will prove effective.