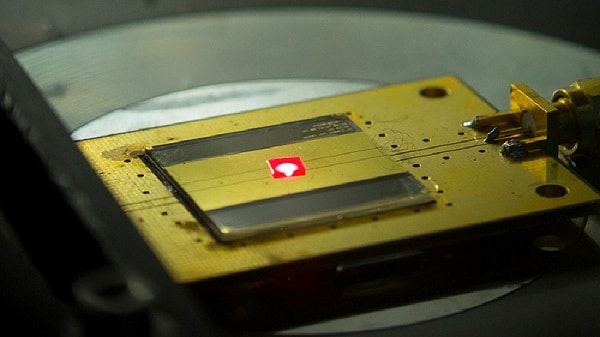 Harvard scientists have invented the world’s smallest radio receiver with the size of two atoms.

If you ever wondered what enables current technology to develop at this unprecedented pace, then you should know that being able to miniaturize electronics so that components can provide better performance at a smaller size. The computing revolution happened thanks to engineers who were able to fit an increasing number of complex machines into a decreasing amount of space.

Industry experts speculated that the technological advancement will eventually slow down as miniaturization will eventually hit a limit. However, they did not expect that researchers will be able to develop technologies at the atom level, which theoretically could provide more than enough space to improve electronics for years to come.

A team of researchers from the Harvard John A. Paulson School of Engineering and Applied Sciences developed the world’s smallest radio receiver. They were able to assemble it from a number of defects found in pink diamonds, some which were as small as two atoms in size.

Basic radios are made out of five components such as a power source, a speaker, a receiver, as well as a tuner and transducer. The radio receiver is the part which collects the nearby electromagnetic signals and transfers them to the transducer, which turns them into electrical current.

The radio receiver made by the Harvard team is made out of atom-sized imperfections in pink diamonds, which are also known as nitrogen vacancy centers. They were able to create this centers by taking out two adjacent carbon atoms out of the diamond’s structure and only replace one with a nitrogen atom. The resulting nitrogen vacancy center is able to convert information into light. This feature makes them especially useful for the development of photonics and quantum computing as the centers have photoluminescent properties.

The new atom-sized radio receiver also has a lot of other benefits as it can withstand extremely harsh environments. It is also bio-compatible and could thus be placed inside an animal or the human body. Furthermore, it can still fulfill the purpose of a radio as the electrons in the nitrogen vacancy centers are powered by a laser’s green light, making them particularly sensitive to radio waves.  The atom-sized radio receiver captures and converts the radio waves into red light which can be played back as sound.