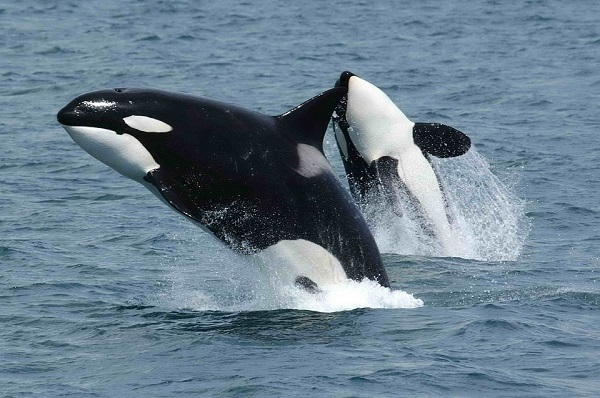 Menopause is present not only in humans but in a few other animals as well. This aspect has fascinated evolutionary biologists as they were unable to determine its purpose. However, it seems that a new study analyzing killer whales may offer new insight into its purpose.

According to the recently published study in the journal Current Biology, menopause in killer whales can be explained as a mechanism to address conflicts and cooperation between younger and older females of the species.

Killer whales in addition to pilot whales and humans are the only species ever discovered to be affected by menopause. For a long time, researchers could not determine why these species of whales, as well as humans, have evolved to the point where their females spend a large part of their lives without being able to reproduce.

The study reveals that killer whales start to reproduce at the age of 15 years and they being their menopause period around the age of 30 or 40 years-old, despite the fact that they can live for almost a century. To find an answer to this evolutionary mystery,  Darren Croft, a behavioral ecologist at the University of Exeter has conducted a long-term study of the behavior of female killer whales found in the Northwest of the Pacific Ocean.

The researchers chose that specific part of the ocean because since the 1970s scientists have collected a lot of data regarding the births and deaths of the family groups of killer whales residing in that region.  After an extensive analysis of the data, the researchers observed that when both older and younger females in the same family group have calves around the same period, the offspring of older females is almost twice as likely to die in the first 15 years of life.

The competition of the female killer whales which gave birth around the same period focuses mostly on access to food, as older females are supposedly are more likely to share their fish with others around them as they develop stronger relationship with other members of its family group.