You are here: Home / Science / Obama Has Created a Resilience Area to Protect the Bering Sea Ecosystem 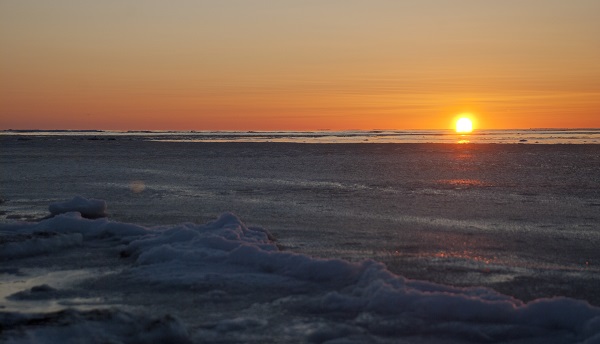 On Friday, December 9th, 2016, President Barack Obama has signed an executive order which establishes a region of 112,300 square miles in the Bering Sea as a climate resilience area. This decision is meant to protect the ecosystem of the area which the native Alaskan tribes depend upon for their survival.

The designated resilience area is located near the Bering Strait up to the north of Bristol Bay. It covers the main area that the Alaska natives use for their subsistence living by relying on the maritime ecosystem. President Obama decided to use an executive order to establish this resilience area after consultations with the tribes.

A non-profit organization, Kawerak Inc., which provides social services to Alaska’s native villages, along with the Bering Sea Elders Group, urged the Obama administration to give the local populations more power in managing the resources they depend on.  The new executive order requires that anyone interested in operating commercial fishing operations or any kind of actions in the resilience area, to consult the Alaskan tribes, state officials as well as 39 other coastal communities.

The chairman of the Bering Sea Elders Group, Harry Lincoln, has reiterated the importance of protecting the resources of the northern Bering Sea as they are the foundation of their culture and overall way of life.

The climate resilience area is an important migration point for a various sea life such as ice seals, Pacific walrus, beluga whales, as well as a wide variety of migratory birds. Unfortunately, due to climate change migration patterns in the region have changed as the ice forms later in the winter and melts sooner in the spring. This situation leaves the Alaskan tribes with an uncertain fate of their food supply.

The shrinking of the ice levels also opened the opportunity for offshore oil drilling, expanded cargo traffic, tourism and a variety of other commercial activities. These changes are not particularly welcomed by the Alaska natives, which can further threaten their way of life and their food supply.

However, thanks to the new executive order issued by Obama, the tribes now have the power to choose what changes they want to implement in the resilience area.