You are here: Home / National News / Convicted “Serial” Subject Adnan Syed Might Have a Shot at Retrial 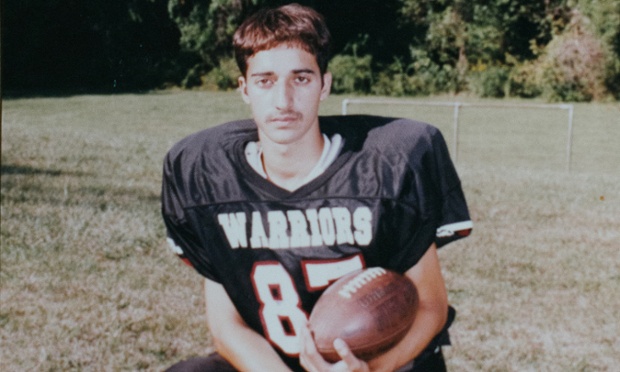 Adnan Syed when he was 16 and playing varsity football.

For the millions of people who listened avidly to the story told in the first season of the “Serial” podcast, every update on the case of Adnan Syed is important. On Monday, the Court of Special Appeals has finally decided to approve his defense request.

Adnan’s case is expected to be remanded to circuit court, alongside with a stay on his appeal. The court stated that justice would be served with a stay of the appeal and a limited remand to the circuit court.

In his appeal, Syed claims his trial lawyer proved to give ineffective counsel when a possible alibi witness was completely overlooked and not interviewed.

According to the most recent court files, Syed is now offered the opportunity to re-open post-conviction proceeding, as Ms. McClain’s affidavit from January 13, 2015 had yet to be reviewed or considered by the circuit court.

Syed’s lawyers have the next 45 days to file a motion for the re-opening of the post-conviction proceeding. Syed has been incarcerated since 1999, when he received a life sentence for allegedly murdering his ex-girlfriend, Hae Min Lee. His story was told in the first season of the incredibly popular podcast “Serial.”

The podcast follows the story from its beginning, with Syed and Lee as Woodlawn High School students, to the bitter end, when Syed was convicted for strangling her in a parking lot and then burying her body in Leakin Park.

Even though it’s been more than fifteen years since then, Syed has continued to maintain his innocence. With the help of a new attorney, he is trying to get as close as he can get to winning his new trial.

When doing the interviews with the podcast’s host, Sarah Koenig, Syed often seemed resigned with his sentence. But according to his brother, Yusuf Syed, who talked to Adnan at the beginning of the week, his spirits are definitely high after the court decided it was in only just to get the case re-opened.

Syed had a hearing in 2012 that didn’t end well, but there’s a new alibi witness, Asia McClain, who has chosen to testify now. McClain claims she saw Syed in the school library around the time he allegedly murder Lee, and she wrote down her testimony; but the attorney Syed had back in 1999 did not interview her.

In January 2014, McClain filed an affidavit, explaining that she was never part of Syed’s trial as an assistant state’s attorney discouraged her from doing so.
Image Source: The Guardian