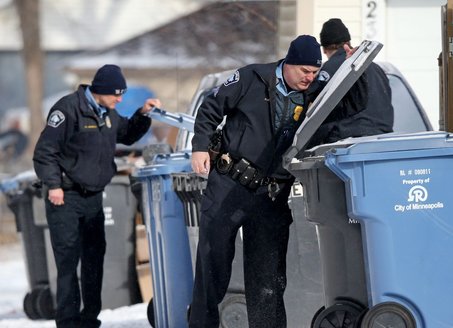 A Minneapolis police officer was shot on Saturday while responding to a 911 report about a burglary. Around 5 AM, the two officers who had been dispatched to deal with the burglary call were standing beside their squad car after having just handled the case. The suspect approached the car and shot one of the officers, John Elder, police spokesman stated. After the shooter disappeared, the wounded officer’s partner drove him to the nearest hospital where, according to recent information, the officer is now stable and recovering well. No details were provided as to the extent of the injuries.

“We’re looking to see if that is a setup for the shooting, or did this individual just drive around looking for a police officer of some sort,”

Elder said in a statement.

On the other hand, Chief Janee Harteau said in a news release that authorities had no doubt that the shooter had not specifically targeted the officer- he was just at the wrong place in the wrong time. Harteau also reminded Minneapolis residents that all officers face danger daily by simply deciding to wear the uniform.

After the shooting, officers took to the streets and began searching house to house for the shooter. With the help of search dogs, officers began combing the entire neighborhood, going through cars, homes and even dumpsters.
Image Source: Star Tribune