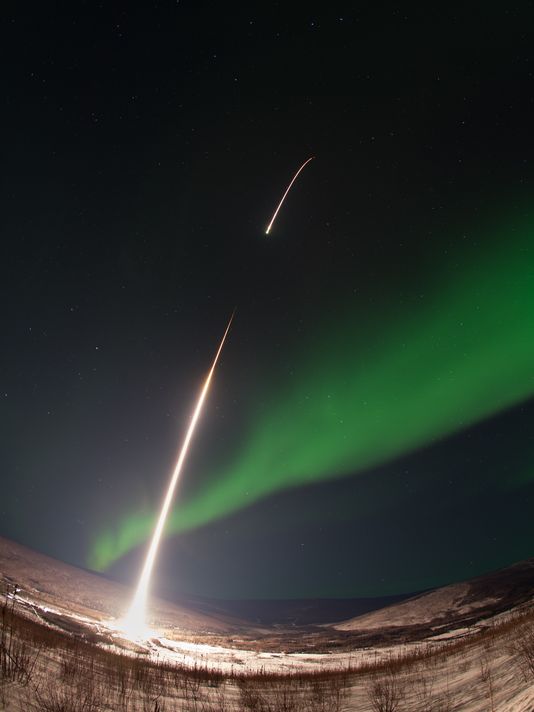 The Utah State University’s College of Engineering recently reported that the university and NASA launched Oriole IV, a suborbital sounding rocket designed at studying the spatial and temporal variation of the energy flow into the aurora borealis, Wednesday morning at 5:41 a.m. ET.

The launch marks the start of the Auroral Spatial Structures Probe (ASSP) mission, a mission coordinated by NASA that aims at analyzing the Aurora Borealis’ impact on lower orbit satellites.

Professor Charles Swenson, chief of the Center for Space Engineering at Utah State, explained that the probe would provide satellites operators and planners with important data about energy processes during an auroral activity that will help them understand how these processes in the thermosphere affect satellites.

Prof. Swenson also said that the electric currents in the thermosphere are produced by solar winds, which trigger auroral activity. Moreover, the currents heat up the thermosphere and force it to expand, which increases the drag on the satellites, the Utah researcher added.

Utah researchers said that the ASSP mission is very different from previous missions designed at studying the northern lights. Past missions involved a single probe that measured the energy flow within the thermosphere a single time, when it passed over the aurora.

The ASSP mission deployed six small probes attached to one central instrument, which will be ejected from the main instrument over the aurora. So, there will be 6 probes instead of one taking measurements on the phenomenon.

They are ejected from the rocket in different directions at high velocity, essentially acting as space buoys, to create a network of measurements that will allow us to see the structure of the aurora over a much wider area than was possible before,”

Since the ASSP probes are engineered to measure both spatial and temporal energy variation of aurora borealis, the data collected will allow Utah researcher better understand how the Joule heating effect affects the upper atmosphere. Also, satellite operators will be better able to calculate their satellite trajectories not to interfere with a heating thermosphere.

Utah scientists explained that this precious set of data becomes invaluable during solar storms that blast Earth’s upper atmosphere with huge amounts of electromagnetic energy and disrupt and even shut down satellite communications.