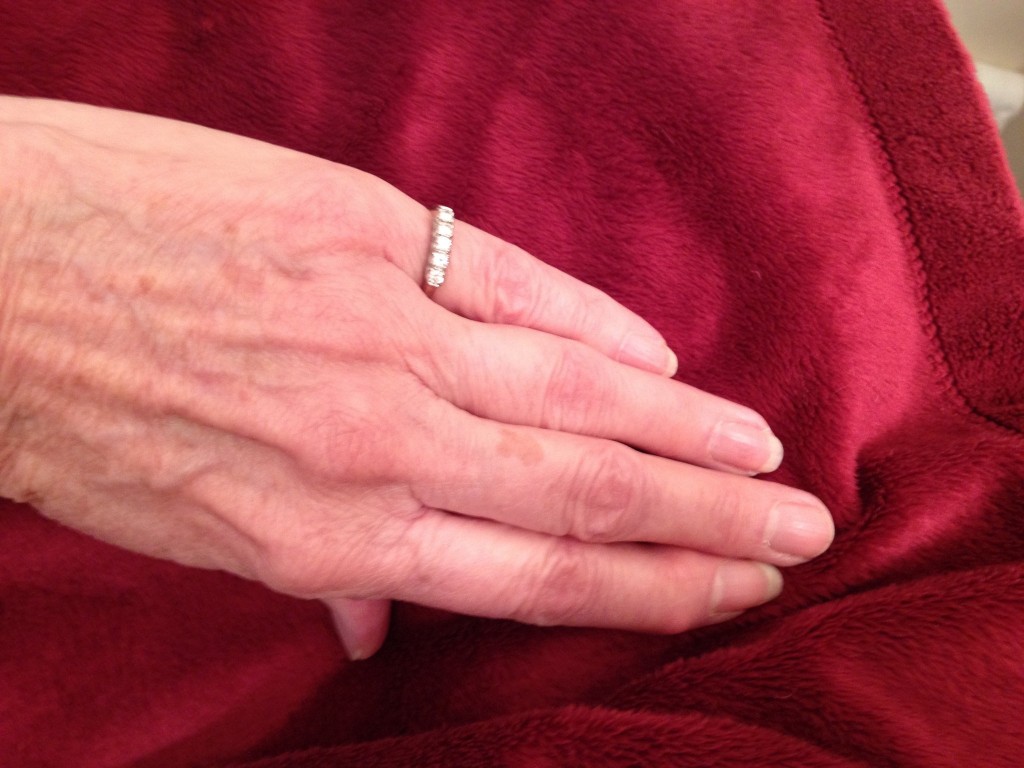 A  woman form new Jersey has been reunited with her mom’s wedding ring 55 years after both her parents were tragically killed in a Washington state plane crash. Joyce Wharton lost both of her parents in a small plane crash back in 1959. However the crash site was located 15 years later in a heavily wooded area in Washington.

“They went out to the airport and left, but they never arrived in Seattle,”

Wharton said. She also said she had never imagined there could be more to come after her parents’ tragic death.

“So for many many years, we didn’t know what had happened.”

This week Joyce Wharton received an unexpected call from a stranger who claimed that he had found her mother’s wedding ring.  Nick Buchanan is a logger, and found the ring while hiking with a buddy in the plane crash site area.

Despite the fact that he had the ring for 20 years before some family members helped him use Ancestry.com in order to locate the ring’s rightful owner, Buchanan had always felt that it wasn’t his and that the object had to return to his rightful owner.

So his nephew uncovered the story of the crash and learned that the Whartons’ daughter was living in Wayne, New Jersey.  Buchanan contacted Joyce Wharton and sent the ring out across the country, after more than half a century later.

“My mouth was open,”

“I couldn’t believe what I was hearing…it restores your faith in human nature, because there’s so many bad things happening. And yet there are good people out there, kind people. People persevere.”

The last time Joyce Wharton has seen the found ring was on her mother’s finger, about 55 years ago. She regards Nick Buchanan’s generous gesture as her own Christmas miracle.

The exact spot the plane went down is is located a few miles outside of Centralia and it was discovered by a group of hunters who stumbled across it 14 years later after the crash.

Wharton also said some hunters found her father’s wallet and a few buttons.

Wharton’s parents, Hazel and Hugh Armstrong, from San Antonio, Texas, were on their way to see family when the plane crashed. Joyce Wharton was just 23 at the time and newly married.