You are here: Home / National News / Darrien Hunt Shooting Was Justified, According to Utah Prosecutor 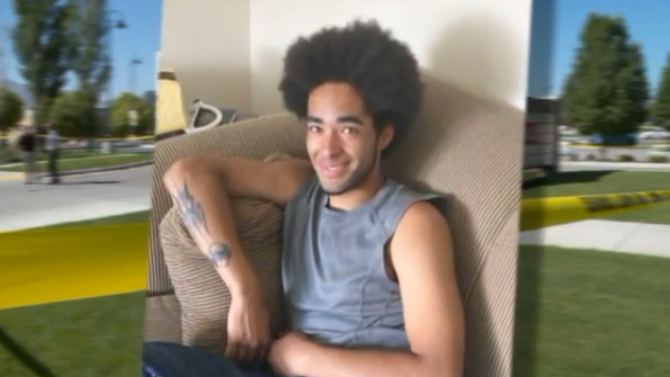 The two Utah police officers were justified in killing the 22 year old Darrien Hunt, attorney of Utah County Jeff Buhman announced on Monday.  Two Saratoga Springs officers supposedly feared for their lives and the safety of others in the bustling shopping center where the encounter occurred. They therefore fired seven shots at Hunt on Sept. 10, Utah County Attorney Jeff Buhman said in a news conference. The young black man was carrying a sword as part of a Japanese anime costume.

Utah County Attorney ruled that the two white officers, Cpl. Matt Schauerhamer and Officer Nicholas Judson, feared for their lives and believed Hunt could harm other people at a shopping center. Hunt was shot seven times after officers considered him to be a threat as he swung his 3-foot long metal sword.

According to Bob Sykes, an attorney for Hunt’s family who have claimed that race played a role in the shooting, a civil rights and wrongful death lawsuit will be filed against the two officers. Responding to the racial assertions according to which Hunt had been killed because he was black, Buhman said he found there was “absolutely no evidence” that race was a factor in the shooting.

The attorney described the encounter, which he said lasted a total of 37 seconds, based on the accounts of the two police officers and two other people who witnessed events. The initial interaction between Hunt and the police officers, who had been dispatched in response to a report of a suspicious person carrying a sword in public, began as a “nonthreatening type of conversation,” Buhman said. But as Hunt was speaking with the police officers, he “abruptly and without any apparent provocation withdrew the sword from its sheath and immediately swung or stabbed it toward least one of the officers,” Buhman said.

“This happened so quickly, violently and without provocation the officers had to use what was most immediately available to them, which was their firearms,” Buhman said. “It would have been a matter of seconds before he could have reached someone else,” he added.

The morning of Hunt’s death, a friend said he posted a message on Facebook saying, “I have a sword and I’m going to get shot,” investigators wrote. An autopsy shows Hunt didn’t have drugs in his system when he died of multiple gunshot wounds, including several to the back of his body.

Meanwhile Saratoga Springs Police Chief Andrew Burton reportedly said Monday that he was happy with the findings and hoped “that the community can now move forward in the healing process.”