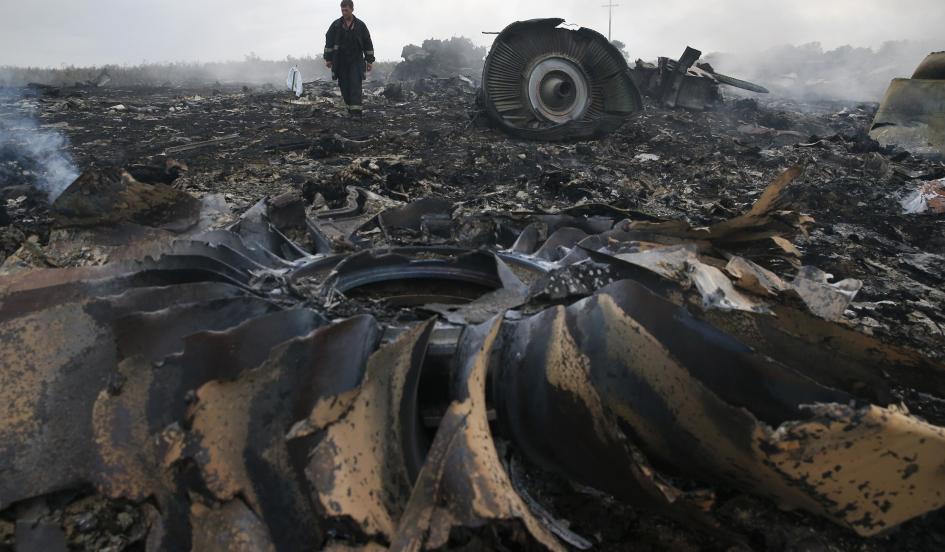 In a statement released on Thursday, Dutch prosecutors revealed that one of the passengers of Malaysia Airlines Flight 17 was found wearing an oxygen mask. This recent piece of information has raised serious questions about how much the passengers on board of the MH17 knew about the fate that awaited them as the plane crashed above eastern Ukraine in July.

According to the statement, the passenger was of Australian origin. He did not have the mask on his face, however, the elastic strap was found around the passenger’s neck, Wim de Bruin, spokesman for the Dutch National Prosecutor’s Office said. A criminal investigation into the disaster is being carried out at Hague concerning the disaster that occurred in July.

Dutch forensic experts have already investigated the mask in hopes of finding evidence of fingerprints, saliva or DNA. De Bruin said that this investigation produced no results, and as such, the circumstances in which the mask got around the neck of the victim aren’t yet clear.

Additionally, until now, the Australian passenger was the only one who was found wearing an oxygen mask. Authorities are now attempting to establish where the victim had been sitting in the plane.

During the crash of the aircraft, all 298 passengers and all crew members died. MH17 was flying from Amsterdam to Kuala Lumpur and ended up in pieces on the 17th of July after going down in eastern Ukraine. Air crash investigators suggested that the plane was most likely struck by multiple high-energy objects (consistent with missile strikes, aviation experts say). The most likely scenario is that the Boeing 777 plane was shot by ground-to-air missiles, the head of the criminal investigation said.

A statement about the oxygen mask was issued only after the Australian passenger’s relatives were informed about the new information.

“I have an enormous amount of sympathy for the next-of-kin. The last thing I want to do is compound their suffering.”