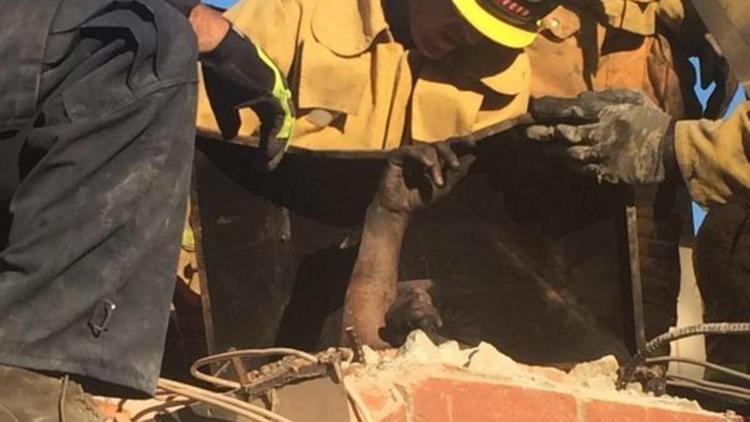 A Californian woman who had been stuck in a chimney while attempting to break an entry was arrested soon after being rescued by firefighters.

Ron Oatman, Ventura County Fire Captain, told reporters that firefighters had responded to neighbors’ reports of a woman crying. They arrived on scene and noticed that the woman in question had been stuck in the chimney of the home. As it was impossible to help the woman free herself, firefighters had to chisel away large portions of the chimney as well as use dish soap to lubricate it so as to free 30 year old Genoveva Nunez-Figueroa.

However, soon after being freed, police officers arrested Nunez on suspicion of illegal entry as well as giving false information to the police. The woman allegedly knows the owner of the home in Thousand Oaks, the home she was attempting to enter when she got stuck in the chimney.

Authorities wouldn’t elaborate on what the woman was looking for in the house.

Nunez was taken to a hospital for evaluation, although there were no clear injuries detected when she was examined by the emergency medical team. Police officers didn’t disclose if she had hired an attorney.

Cpt. Oatman said that firefighters had to dismantle the chimney and damage portions of the roof to get to Nunez, who had fallen inside the structure:

“Four feet in, her hands were exposed.”

Even this wasn’t enough to free the trapped woman so firefighters used dish soap and sprayed in some water to rescue Nunez.

“Four firefighters on the roof captured her hands and grabbed her under the arms and lifted her straight on out,”

After leaving the hospital, Nunez was booked into Ventura County Jail on charges of unauthorized entry for a dwelling and providing false information to police officers. A judge set her bail at $2,500, awaiting her court date on Tuesday.