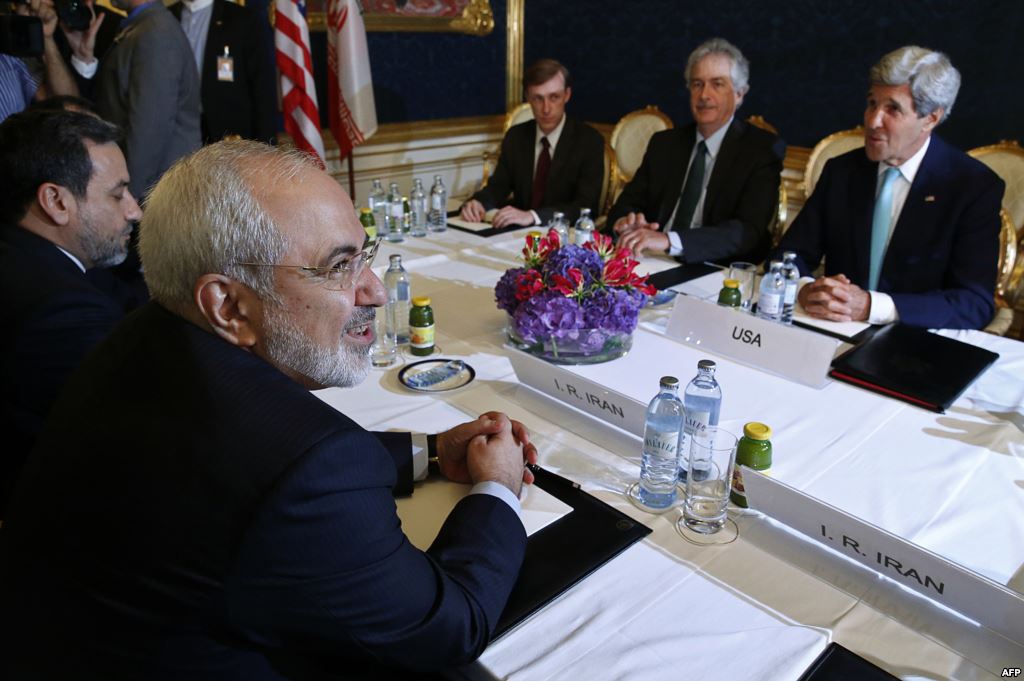 A rare encounter took place on Sunday, as U.S. Secretary of State John Kerry met with Mohammad Javad Zarif, Iranian Foreign Minister, to discuss the Iranas nuclear program as well as the international threat that is the Islamic State.

The meeting lasted over an hour and occurred at the United Nations General Assembly in New York. It came soon after the United States together with five other countries attempted to find a solution that could solve Iran’s nuclear program in exchange for a reduction of their economic sanctions.

Kerry and Zarif also briefly discussed the Sunni radical group entitled the Islamic State, which has caused the displacing of over 100,000 Syrian Kurds in the last 48 hours, after they began their siege on Ayn al-Arab. According to an official who preferred to remain anonymous, the discussion regarding ISIS remained separate from the nuclear issue, so that no nuclear concessions could be traded for military cooperation.

According to Samantha Power, U.S. ambassador to the United Nations, America will neither coordinate nor share intelligence with Iran, an overwhelmingly Shiite country with which the U.S. hasn’t had diplomatic relations in over 30 years.

A possible shift in tone was hinted by Kerry last week, when he informed the United Nations Security council that there may be a role for Iran to play in the coalition formed against the Sunni extremists.

Ambassador Power, on the other hand, told reporters that she was still waiting on Iran to confirm if there was a constructive role for it to play within the alliance.

”I would note that Iran’s behavior and its actions in Syria have been very destructive from our perspective, supporting Hezbollah, supporting the Assad regime,” Power added, referring to President Bashar al-Assad’s administration and the Lebanese militant group considered a terrorist organization by the United States.