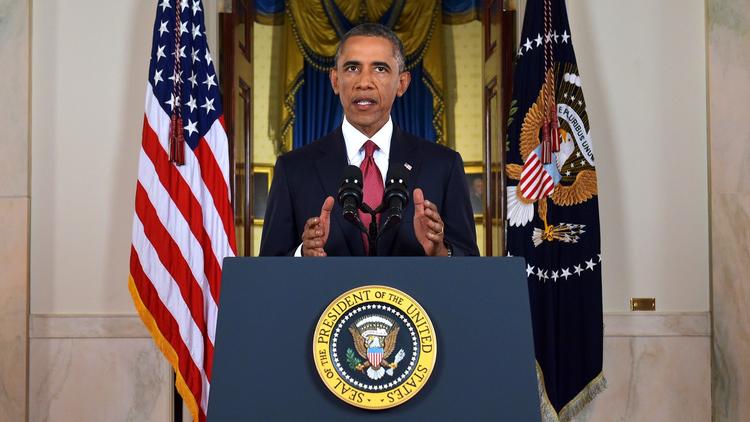 President Obama addressed the American people on Wednesday evening on the involvement of the U.S. in the war against ISIL.

“Our objective is clear: we will degrade, and ultimately destroy, ISIL through a comprehensive and sustained counter-terrorism strategy,” the president said in a statement reminding of George W. Bush.

Obama summarized the American efforts taken so far against terrorism after 9/11 and pledged to maintain a state of vigilance, as foreigners, including Europeans and Americans, embarked in ISIL’s projects and may end up carrying attacks back in their home countries. The president underscored that fact that ISIL is not a religious organization, contrary to the group’s presentation, as religions are in no way inherently violent. Moreover, he emphasized that greater action must be taken against the group on behalf of both the American people, as well as the Middle Eastern peoples.

In order to destroy ISIL, the president prepared a four step strategy. Airstrikes will be the most important element, as they are the most efficient.

A second step includes the American involvement in ground actions. The president made it clear that he does not want U.S. troops to be involved in direct ground warfare. Instead, the U.S. will support local military troops, such as Iraqi’s army. Several hundred military experts have been sent to offer technical assistance to Iraq so far and other 475 are on the way to go in the area to support Iraqi and Kurdish stop ISIL’s expansion. In the case of Syria, the local opposition to the government will be supported, as Obama believes the Bashar regime lost its legitimacy.

To achieve the large scale objectives, the U.S. will need all the support it can get from their international partners. Obama plans to put the problem on UN’s table at a meeting taking place in two weeks from now. Together, they can weaken ISIL financially as well, while the counter-terrorist capacities are strengthened.

The fourth and last objective presented by Obama in Wednesday speech regards the humanitarian assistance needed in the area. Muslims and Christians alike are facing the danger of dislocation as ISIL forces grow larger and the U.S must ensure that innocent civilians are safe.

In the meantime, Secretary John Kerry travels the Middle East to secure partnerships and will act similarly in Europe in the near future. Once again, the president stressed his authority to deal with the issue and firmly believes that Congress should show support.