The United States President and the U.K. Prime Minister have joined forces in their efforts of combating terrorist threats, and together, they ask other NATO members to increase military spending in face of the growing tensions in the Middle East and in Ukraine. 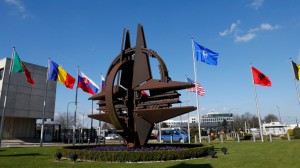 Increasing geopolitical tensions have made it clear to the world’s leaders that they need to prepared for eventual escalations and both President Obama and Prime Minister Cameron suggested that amid the Europe-wide austerity, some countries may be getting a “free ride”.

The NATO summit will take place later on this week and it will be here where Cameron and Obama will hold member states to their promise of allocating 2 percent of their Gross Domestic Product on military spending. According to them, European state leaders need to become involved in the protection of their continent from the every amplifying threats.

Apart from discussions that will address military budgets, NATO member states will also debate how to best respond to the tense situations in Iraq and Ukraine.

There has also been some criticism in President Obama’s intention of asking NATO member states to increase their military funding.  While the United States have already increased their spending, there are those who believe that many European countries are still recovering from the aftermath of the recession and won’t be able to allocate such great funds on military spending.

Apart from the United States and Britain, there are two more NATO members that have also reached the 2% GDP prerequisite.

It was however suggested that not just a select few must carry the burden of sustaining the alliance from a military point of view and that all member states should take responsibility for their share.

EU diplomatic sources report that there is a high unlikeliness that European countries will be able to meet the spending requirements and that, during the NATO summit, agreements may be brokered that address this particular aspect.

In Newport and Cardiff city center, a “ring of steel” was erected in preparation for the NATO summit. High security fencing has also been constructed around the building in which world leaders will be discussing important world matters.

There have been rumors that Islamic State militants could target the NATO summit location and as a result, the fencing has been constructed.

In the meantime, anti-war  protesters and over 20,000 peace activists are gathering for peaceful demonstrations that will be taking place until the fourth of September.