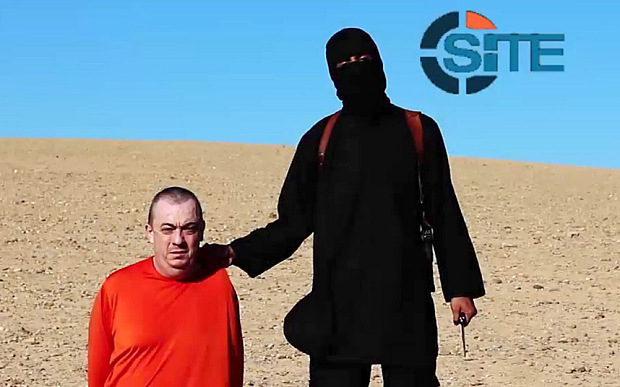 Last night, Alan Henning’s family made a desperate appeal for mercy and asked the Islamic State for the British hostage’s release. Their request comes after rumors on social networking sites claiming that the 47-year old Manchester cab driver has become the latest Islamic State hostage to be executed.

According to his wife, Barbara, Alan is peaceful and selfless and only accepted the job of driving a convoy to Syria with his Muslim colleagues to help those in need. She said that he was captured while driving an ambulance bringing food and water to residents.

“I pray that the people holding Alan respond to my messages and contact me before it is too late. I implore the people of the Islamic State to see it in their hearts to release my husband.”, Barbara said in her plea. Her pleas haven’t been responded two.

Alan Henning was kidnapped last year, just half an hour after having entered Syria. He was the driver of an ambulance on behalf of the Rochdale Aid 4 Syria organization, which had raised money for the Al-Fatiha Global charity. Al-Fatiha is currently being investigated by the Charity Commission after images were made public showing its leaders carrying weapons in the presence of two hooded fighters armed with machine guns.

Mr. Henning believed that he would soon be released, as he was only an aid worker and wouldn’t help the Islamic State’s cause, so he told hostages to not worry about him.

Last week, he was shown kneeling in the sand, much like the two American and one British hostage that the Islamic State beheaded in previous weeks. He too was wearing an orange jumpsuit. The video was produced by jihadists of ISIL (the Levant) and the Islamic State of Iraq, similarl to those videos showing the murder of David Haines, James Foley and Steven Sotloff..

No further update was provided by the Foreign Office.