Californian lawmakers together with Gov. Jerry Brown have been collaborating to address the dark side of technology, when Brown signed the bill requiring smartphones to have “kill switches”. Additionally, they addressed legislators’ requests for new protection in the case of identity theft and revenge pornography victims. 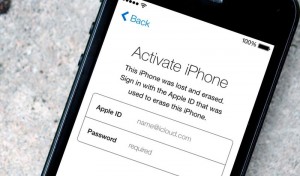 What Brown signed was the first-time in the nation mandate to have California produced smartphones be equipped with technology that grants their owners the power of remotely rendering them useless if stolen.

Los Angeles Police Chief, Charlie Beck and San Francisco District Attorney George Gascon, together with other law enforcement leaders, have seriously supported the legislation. Their support came in light of the recent increase in violent cellphone thefts. Those pushing for the bill to go through hoped that such technology would deter possible thieves from committing such violent acts.

Sen. Mark Leno, the San Francisco Democrat who created the bill, explained that phone thieves have now been put on notice by the bill created to effectively destroy any incentive to steal smartphones. He explained that such crimes of convenience will consequently be significantly reduced and as a result, street crime and violence in our communities will also diminish.

While some groups criticized the legislature and argued that phone manufacturers had already taken steps to increase security, the bill has been signed into effect and will apply to all smartphones manufactured after the date of July 1st. The industry will therefore have time to adjust

Lawmakers have also been busy passing another bill that mandates businesses that are the source of data breaches (as those with Neiman Marcus, Target and other retail chains) to ensure identity theft protection to potential victims. If the leaked financial information included driver’s license numbers or social security numbers, the coverage required would be free to customers for a minimum of one year.