You are here: Home / National News / Boston School Buses Fail to Show Up 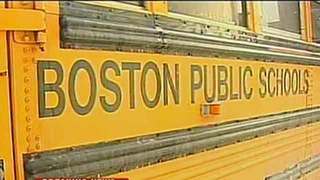 Around a dozen Boston school buses did not show up or were late at their stops on Monday morning. This left hundreds of children and their parent panicked and not knowing how to deal with the situation. School officials tried hard to find alternative means of transportation, but did not manage to come up with a satisfactory solution.

School officials released a statement in which they said parents and children should prepare for the possibility of more bus routes becoming uncovered or late buses on the following two days. They also announced that the MBTA would be free of charge for students.

Families should prepare alternate arrangements to bring students to and from school Tuesday if necessary.

The new school year officially stars on September 4, but 15 charter schools and 11 special education programs have already begun the new school year. The students who failed to be picked up by the buses were heading to those schools.

The Boston School Department said in a statement that there are a total of 120 routes and 13 of them were left completely uncovered, which means that around 400 children were left without a ride to school. 22% buses were late and 7% were more than half an hour late.

Why this disruption? Because the negotiations over a new contract for school bus drivers are getting heated up. Parents and city leaders are fearing that the drivers could go on strike, which would be nothing short of a disaster if it were to happen at the beginning of September. Something similar happened last year, but only for one day, when the drivers surprised everyone when they stopped working, leaving thousands of students waiting at their bus stops.

Devita McConnell, mother of a 12-year old who attends the Brooke Charter School in Roslindale, said:

Our kids are trying to get to school and they are playing games. That’s a problem for me.

The woman and her daughter waited for half an hour for the school bus in Mattapan and gave up eventually. She drove her daughter to school and picked up three more students on her way to school.

Even mayor Martin J. Walsh is concerned that the drivers would go on strike.

He continued to say that the drivers are obligated to give 72 hours’ notice before entering the strike.

What are your thoughts on this matter? Do you agree with Devita McConnell, who said that the drivers are playing games? Share your comments in the section below.