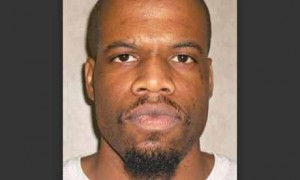 A private autopsy was conducted on the Oklahoma inmate who died after his execution was halted. It was revealed that he was indeed killed by the lethal drugs that were initially given to him as part of his execution. What the autopsy does not do is offer an explanation about why the man moaned, clenched his teeth and writhed for 43 minutes before dying.

Clayton Lockett, the Oklahoma inmate whose execution went wrong, apparently died of a heart attack 10 minutes after Robert Patton, the Director for Department of Corrections, halted the execution. This autopsy was independently funded and it revealed that the man had not died of a heart attack; the official cause of death was judicial execution by lethal injection.

There was a need for this autopsy, because there were fears that the lethal drugs had not all entered his system, but the conclusion of the report is that they did and it was the reason why he died. Dale Baich, part of the Federal Public Defender’s Office in Phoenix, said:

What this initial autopsy report does not appear to answer is what went wrong during Mr. Lockett’s execution.

The autopsy was done by the Southwestern Institute of Forensic Sciences at Dallas at the request of the Oklahoma Department of Public Safety.

The reason why there have been cases of lethal injection executions going wrong is that drug companies refused to sell their drugs to prisons with the purpose of executing inmates. This decision has forced states to search and find alternative drugs, many of which are custom-made medications.

Midazolam was the main drug used for Lockett’s execution, which is a sedative. It was also used for previous executions in Ohio and Arizona. Each time the drug was used, the witnesses said that the inmates were gasping for air while unconscious until they were pronounced dead.

Clayton Locket kidnapped and shot Stephanie Neiman, a 19-year-old girl, after he had broken into her home in 1999. After surviving the initial assault, Lockett ordered someone to find her and bury her alive. In 2000 he was convicted and sentenced to death.