You are here: Home / National News / Amish Girls Abducted and Sexually Abused by their Abductor

Two Amish girls were kidnapped from their farmstead by a couple who has been recently charged with the kidnapping and abduction of the girls.

Stephen Howells, age 39 and Nicole Vaisey, 25, are the abductors who are currently being held without bond. On Wednesday, the two Amish girls were tending to their vegetable stand in Oswegatchie when Delila Miller, aged 6 and Fannie Miller, aged 12 were abducted.

Eyewitnesses reported that a white sedan had pulled up to the stand and then drove away with the girls. 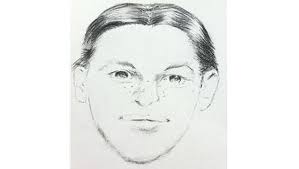 On Thursday, the two girls were abandoned along a road in Richville. The girls then walked up to a home and knocked at the door.

Lawrence County Sheriff Kevin Wells explained that the girls could then lead the authorities to the two abductors. He noted that it’s only because of the strength of the two girls that police could make the arrest.

Sheriff Wells told reporters that the couple that had taken the girls had already planned to victimize them. While Sheriff Wells declined to provide further information as to what treatment the girls received, he noted Howells and Vaisey will surely be receiving more charges as time goes by.

Vaisey’s lawyer, Bradford Riendeau, claimed that the woman had been abused and treated submissevly by her partner, Stephen Howells. She therefore made voluntary statements and disclosed all information to investigators after her arrest. Riendeau even attempted to obtain an order of protection against Howells on Vaisey’s behalf.

Rindeau went so far as to claim that she had been the slave and Howells the master in the relationship.

The St. Lawrence County Conflict Defender’s Office, which is currently representing Howells, made no statements in connection to these allegations.

In regards to the sexual abuse allegations, Vaisey’s lawyer stated that he would be reviewing evidence, while Howell’s defense failed to answer.

The couple was charged with first-degree kidnapping.

It was particularly difficult to find the kidnapped girls as the Amish community typically avoids modern technology. As such there were no photos of the girls and while the community of around 4,000 people was touched and began a massive search in the area, the lack of photos was clearly detrimental to the search.