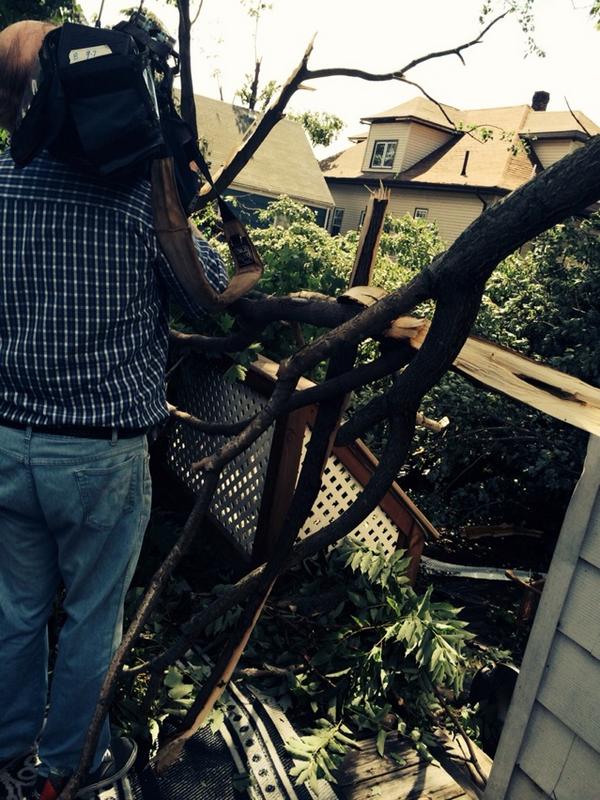 On Monday, a tornado that emerged from the storm system that has been wreaking havoc across eastern America, has reached Boston. Here, the tornado caused extensive damage, ripping roofs off buildings and uprooting countless trees in its wake.

Some citizens said they were at work when the tornado tore the roof off their homes and that, had they been at home when the ordeal happened, they would have surely been dead.

City Hall was also severely damaged, as were countless homes and businesses. Because of this damage, City Hall had to be evacuated and will remain closed for several days until repairs are done.

Dan Rizzo, Revere Mayor stated that a shelter is expected to be opened for residents who aren’t able to return to their homes.

Bob Cronin, Revere sealer of weights and measures said that the roof of the auto body shop had its roof ripped completely off by the tornado and that such a sight isn’t something regular people expect to see when they wake up in the morning.

Revere officials stated that there had not been any reports of serious injuries up to that point, but that some citizens had suffered minor injuries. In the coastal city of around 53,000 citizens, injuries included those of a baby that was hurt by flying glass and an elderly woman suffered cuts.

Revere Mayor, Dan Rizzo, stated that he believed it was a miracle that, in spite of the magnitude of the storm, no one suffered serious injuries.

Across the United States, communities are cleaning up after strong storms that have destroyed homes, toppled power lines and knocked out the power for thousands of households.

According to the National Weather Service, this was the first tornado to hit Suffolk County (which includes Boston and its northern communities, such as Winthrop, Revere or Chelsea) since they have begun recording tornadoes back in 1950. They added that between 1950 and 2014, 162 tornadoes were confirmed in Massachusetts.

Revere police has instructed people to avoid the city until all safety requirements are met and added that considering the magnitude of the event, Revere and its citizens can count themselves lucky to have not experienced more damages.