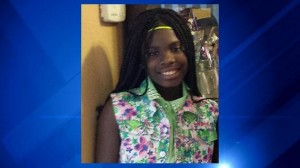 There has been a lot of unfortunate news this week. First, a 9-year-old girl dies to unusual amoeba, and now, an 11-year-old, Shamiya Adams, is fatally hit by a stray bullet. She was simply partaking in a sleepover at a friend’s house, in West Garfield Park, when she was hit in the head and robbed of life. But how exactly could this happen, when she was safe in the house? Quite simple. The little girl was shot through the open window of the Chicago West Garfield Park neighborhood house.

The event draw an incredible emotional response from the major Rahm Emanuel.

During the shooting, young Shamiya Adams wasn’t the only victim. She was only one of two people who were shot dead. Approximately two dozen others were wounded. In honor of Shamiya Adams, a vigil will be held for her on Saturday night, in exactly the same place where the shooting took place on Friday Night (it is in the 3900 block of West Gladys).

Nobody was expecting such a tragedy to happen, especially without any warning. Friday, at 9:30, gunshots started firing on the streets of the Garfield Park home. Indoors, was an innocent, unaware 11-year-old Shamiya Adams. Rosemorie Jones was watching the kids when the girl was shot

She did not pass away immediately. Shamiya was taken to the Mount Sanai Hospital in critical condition after the shooting. After two days of struggles, she was declared dead Saturday morning. This unfortunate event raises serious questions about the safety of the streets. When children become victims it can really tear the parents apart. It is not normal for parents and grandparents to be afraid to let their children play outside.

Shamiya’s grandmother was up all night, and in the end she decided to come and see where it all happened. She said that her mother wouldn’t let her go anywhere unless she had family members around her. This was the first time when she let her go, so she is blaming herself very much for the tragedy.

Mayor Emanuel is saddened by the fact that he cannot do nothing for these moms, and is amazed by their power to live on.

“She wanted her daughter to play with her friends. We’ere a better city than that.”

Another 12-year-old girl was shot in Humboldt Park. Shamiya also had two brothers (one is a twin). Although her mother will be attending the vigil, she doesn’t seem to be doing very well. All she is saying is “I shouldn’t have let her go, I Shouldn’t have let her go …”. Her family told her it is not her fault, and that God simply called the beautiful child to him, but she doesn’t want to understand.

As for the people responsible for the attack, no suspects have been found.