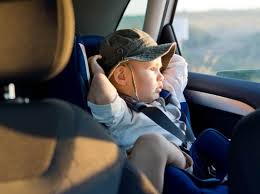 Yet another child falls victim to the neglect of parents as a 10-month old girl met her death when she was left in Wichita in a hot car. This string of child deaths in hot cars is becoming ever more worrisome. The foster father of the girl that died on Friday was quickly arrested and inspections have been launched by state officials to assess the girl’s living conditions.

The Wichita Police Department explained that the foster father had gone to pick up the baby girl from the babysitter and that after he drove home, he forgot that the baby was still in the back seat. For over two and a half hours the girl was inside the car with the windows locked and the car closed.

As temperatures allegedly reached the 90s today in Wichita, it doesn’t take rocket scientists to analyze what happened to the little girl.

The police explains that the foster father was going to adopt the girl with a partner of his. Moreover, it seems that both foster father and his partner were truly upset.

During the time of the investigation, other children staying in the care of the foster father have been taken away. The couple is not just foster parents for the baby girl, but is also fostering 3 more children and have already adopted two more.

Phyllis Gilmore, Secretary for the Kansas Department for Children and Families issued a direct order to begin home inspections for all those adoptive and foster families they had associated themselves with.

The police has not yet released the name of the 29 year old foster father who forgot his baby daughter in the car. The charge against him was aggravated endangerment, although currently, a formal charge has not been formulated. However, it seems that the district attorney will be able to file charges starting next week.

The Department of Geosciences at San Francisco State University has analyzed their statistical data and concluded that, so far, in 2014, there have already been 18 confirmed deaths of children due to heat stroke (the children had been left in the cars). One of these cases involves a father from Georgia who left his toddler in his SUV for seven hours. Currently, the man will be facing all kinds of charges, from murder to child cruelty and is still awaiting trial, which is bound to begin any time soon. a