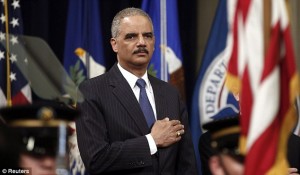 On Friday, July 18th , the U.S. Sentencing Comission came up with new reduced sentencing criteria so that over 50,000 federal drug offenders have recently become eligible for re-hearings and reduced sentences.

Thanks to a unanimous vote, the commission has changed the entire punishment system so that retroactive changes can take effect for drug offenders. The cases of more than 46,000 inmates can be reviewed by a judge due to this modification. Out of the 100,000 drug inmates that are currently serving time for their crimes, half could receive a reduction on their sentence that could have them out of jail two years earlier than they had anticipated.

There is still time for Congress to disapprove the motion, although there is little to no opposition on Capitol Hill.

Criminal justice has been shifting during the last period and the current vote on drug offences is the latest sign of this changing wind. What legislators are trying to accomplish is simple: instead of having a tough-on-drugs mentality, the idea is to focus on treatment and health. Since 2009, drug-crime penalties have been under constant modification and Democrats as well as Republicans have supported the reduction of sentences for federal drug crimes.

The sentencing commission has received over 60,000 letters before Friday, most of which applauded the change that is currently underway. What most lawyers and judges believed regarding the matter was that it was beneficial for the general public that outdated and controversial minimum sentences for first-time drug offenders (and non-violent) could be modified.

And while some voices applauded the bold attempt, there were those who found themselves in the opposition. It is true that such legislature could help some dangerous criminals return to the streets and while such a scenario is unimaginable, we must consider the innocent citizens who are being wrongly or too harshly prosecuted because of outdated legislature.  Prosecutors also added that due to these changes, safe communities could become threatened.

Judges now have the possibility of reviewing leniency applications over an entire year and such a process could have significant influence in public safety matters, as it would contribute in filtering out those who have violent criminal histories.

Sentencing guidelines are strict and vary according to the particular crime, whether or not weapons were involved as well as the criminal history of those involved. It is estimated that there will be an average 25 month reduction for all eligible offenders on their punishments.