A majority of the new oil and gas wells drilled on federal land in Utah are unchecked, according to review obtained by The Associated Press.

Four in ten of the new oil and gas wells the Bureau of Land Management (BLM) identified as high priority in view of their locations like national forests and fragile watershed, as they pose greater risks have not been examined. 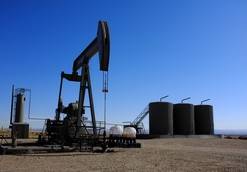 Utah posseses one of  the highest rate among the 13 states. Bureau of Land Management failed to inspect about 1,400 high priority wells all during a recent three-year period overwhelmed by a boom in a new drilling technique known as hydraulic fracturing.

Out of the 327 wells on federal and Indian lands deemed a high priority, 67 percent weren’t checked from fiscal year 2009 to 2012.

BLM’s Vernal office, the nation’s busiest for energy development, sees half of its petroleum engineering technicians turn over every year, coaxed by the much higher salaries offered by the industry, according to Kent Hoffman, the BLM’s deputy state director over minerals. A petroleum engineer could get a starting salary of $90,000 in the private sector, the BLM typically pays $35,000.

BLM officials expressed their willingness to increase the compliance staff, but are set back by the non availability of funding and Congress won’t give the agency authority to raise drilling permit fees to pay for inspections.

“No one would have predicted the incredible boom of drilling on federal lands, and the number of wells we’ve been asked to process,” said the BLM’s deputy director, Linda Lance. Since fracking reached a height in 2009, about 90 percent of new wells on federal land are drilled by the process, which involves pumping huge volumes of water, sand and chemicals underground.

After the approval by Congress, BLM’s 2015 budget request of $150 million for oil and gas operations would allow the agency to conduct the bulk of its required inspections over three years, in part by collecting fees from oil and gas companies.

Hoffman said he agrees, “Inspection and enforcement is a top critical priority.”