Utah’s legislative session that saw the resignation and replacement of attorney general and also the surprise legalization of gay marriage only for 17 days is slated to begin on Monday.

Lawmakers are returning to Utah’s Capitol Hill for the 45-day long session.

Lawmakers are expected to deal with the fallout from those issues, with proposals to tighten campaign disclosure requirements and protect religious rights of gay marriage opponents.

Besides, a bipartisan group of lawmakers are likely to introduce more than dozen bills in order to tackle Utah’s air quality problems. 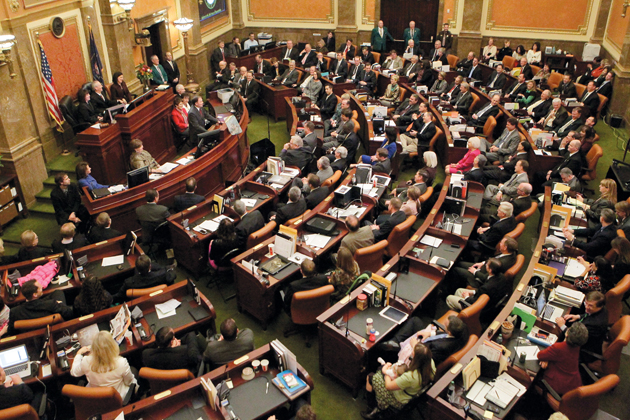 The session will end on March 13.

The two perennial hot-button issues — regulations on alcohol and guns — may make repeat appearances in the session.

A debate over proposals to rise Utah’s smoking age to 21 is likely to take place.

Legalization of medical marijuana extract and expand Medicaid eligibility will also figure in this session.