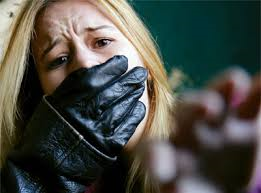 The wife was found suffering from injuries and the son was unharmed when taken into protective custody.

The deputies found the vehicle gray 1999 Chevy Blazer, involved in the crime, the night before in Bountiful, Utah. Dwayne Taylor Rowland, 45, was driving south in the Blanding area when he was stopped at 11:40 a.m. Monday by the San Juan County Sheriff’s Office and the Blanding Police Department.

Rowland’s wife somehow managed to send a text message to her mother just before 10 a.m., Monday, claiming she had been beaten and kidnapped by her estranged husband.

San Juan County and Grand County dispatchers passed on information and a vehicle description to law enforcement agencies in Utah, New Mexico and Colorado, according to Edwards.

Rowland was presumed innocent and has been booked into San Juan County Jail pending transportation to Davis County for investigation of kidnapping and domestic violence.