You are here: Home / National News / Malnourished, Frozen Horse Passes Away at Sanctuary

A young foal found frozen to the ground in Enoch has died on Saturday afternoon. The 18-month-old horse Elsa was being treated in Dust Devil Ranch Sanctuary for Horses. The Dust Devil Ranch is a nonprofit horse sanctuary situated in rolling fields just southwest of Cedar City.

“She was in Ginger’s arms when she died,” said Paula Isenbarg, board member at Dust Devil and acting spokesperson.

Elsa died at around 4:30 p.m. on Jan. 18, just 24 hours after being outfitted with a new harness giving veterinarians a hope of saving her life. 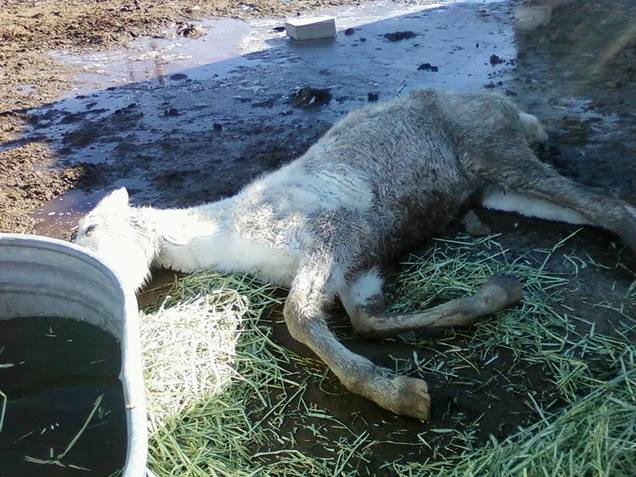 Elsa was found starving and trapped to the frozen ground with her mother by Enoch Animal Control on Jan. 2, in southern Utah.

The sanctuary took them in, named them after the characters from “Frozen” — they named Elsa’s mother Anna — and both seemed to be recovering from their injuries.

Enoch police have charged the owner of the horses with two counts of animal cruelty, which is a ClassB offense.

Staffs of ranch primarily had to lift Elsa’s head to get her into a sitting position to drink; but she gradually developed being strong enough to stand and was often found rubbing noses with her mother.

Isenbarg couldn’t tell the exact reason of Elsa’s death. She said, Elsa died out of the blue while being examined by a veterinarian.

“Her little body was just so tired from the fight,” Isenbarg said. “For the last 16 days of her life, a tremendous amount of love, compassion and care was shown to Elsa at Dust Devil.”