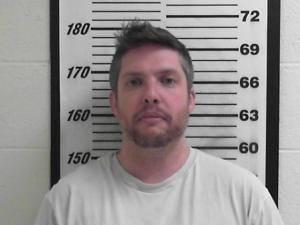 KAYSVILLE, Utah: A former Kaysville teacher and basketball coach has been accused of unlawful sexual activity and conduct with a minor.

Stephen Niedzwiecki has faced 11 charges relating to an alleged sexual relationship with his 15-year-old student and has been sentenced for up to 20 years in prison and $20,000 in fines .

That doesn’t go far enough for the victim of the crimes, Jamie Heinar,17 who said he deserves a life sentence.

“This man tainted three years of my life — three years I can never get back,” Heiner said after the hearing.

“I thought I was finally safe. I thought that my voice had been heard and that justice would be served, but I was wrong,” said Heiner, on Thursday in 2nd District Court.

She will read her victim impact statement at a sentencing hearing scheduled for March.

Niedzwiecki’s attorney beforehand contended whether the client was actually in a situation of special trust. He said the bond between them took place when Niedzwiecki already discontinued as Heiner’s coach.

Judge Michael G. Allphin explained that Niedzwiecki would remain out on bail until the March 21 sentencing, to continue his sex offender therapy and complete a psychosexual evaluation.

Brent Heiner, Heiner’s father bewailed the reduced charges and the law that would not find Niedzwiecki in a position of trust.

Prosecutors said, as a teacher Niedzwiecki used to offer her unmerited extra credit, gave her privilege by including her on special projects. He also used to pass inapt comments and touched her on the leg and in other inappropriate ways.

By the end of her freshman year in high school, they both kissed and gradually they were involved in sexual acts.

“I felt trapped after (one of the first sex acts),” Heiner testified in May. “I felt no one else would ever want me. He said he would marry me and he would share his parents’ half-million-dollar inheritance with me and we would live a charmed life.”

Niedzwiecki lied to our family and “exploited” us and my daughter and our faith, said Brent Heiner.

The relationship faded after May 2011 until fall 2012, just after the declaration by The Church of Jesus Christ of Latter-day Saints that women could serve missions for the church at 19 years old.

The change in the age prerequisite and a distrust that Niedzwiecki had singled out another minor girl incited the teen to see with her LDS bishop. The bishop involved authorities.

Jaime Heiner has since then  involved in organizations that seek to put a stop to child sex abuse, including Prevent Child Abuse Utah and Backyard Broadcast.

“No matter what happens, you have people who love you,” she said.

“You are a survivor,” her attorney, Heidi Nestel, told her after the hearing.

Jaime also plans to start her own nonprofit organization called “I Am.”