You are here: Home / National News / Burst pipe at Brigham and Women’s Hospital led to evacuations 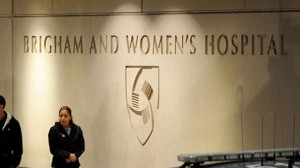 Patients at Brigham and Women’s Hospital, Boston were forced to relocate after a water pipe began to leak in the morning in the same Hospital at about 6 a.m. due to severe cold on Tuesday and over the past week. The bursting of the pipe led to flooding and made the hospital authorities put all the elective surgeries on hold and divert about 30 cancer patients on six floors of the main inpatient building of the hospital, hospital officials said.

A Cleanup crew is now assigned to work all over the building, McDonough said.

“Currently, elective surgical procedures as well as path lab and EP lab procedures are being postponed,” the hospital said in a statement.

All the relocated patients have been moved to different regions of the building and are in the same hospital and not been shifted out of the hospital.

The hospital’s emergency department is currently under a “Code Black”. Code Black means it is all the ambulances are diverted by the hospital department to nearby hospitals. Walk-in patients are still being admitted, McDonough said.

Patients whose appointments got affected will be notified by phone,  anyone with further clarifications and questions can call 617-732-6636.