You are here: Home / Business / 12,000 Unemployment Applications Filed by Americans During the Last Week 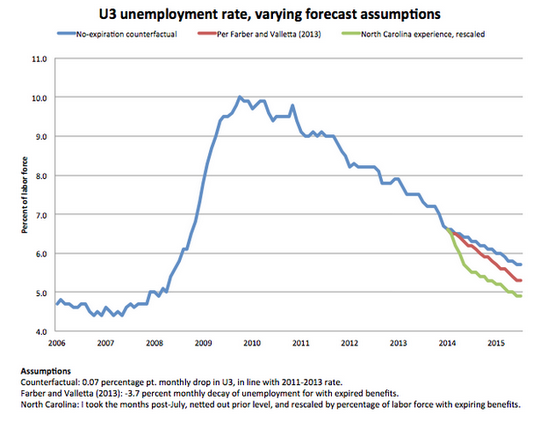 After unemployment rates had continuously decreased over the summer months, applications suddenly rose by 12,000 during the last week. Despite the obvious rise, unemployment rates still remain near pre-recession levels, pointing towards the fact that hiring is and will remain healthy.

According to Labor Department estimates released on Thursday, weekly unemployment benefit applications increased to a seasonally adjusted 293,000 (by 12,000). However, despite this abrupt rise, the less volatile measure of the four-week average continued falling for the second consecutive week to 298,500.

Ian Shepherdson, chief economist at Pantheon Macroeconomics, mentioned in a research note that the current unemployment levels were still extremely low. He said that the figures were actually close to the all-time lows if they were measured as shares of payrolls.

“We expect robust job growth in the months ahead.”

Before this recent rise, unemployment applications had dropped to an almost all-time low of 281,000, near the 14-year low the U.S. reached in July. In fact, over the past year, four week averages for applications have fallen by 7.1 percent, after applications had reached an all-time high during the recession of 2009 when they reached 650,000.

Currently, the total number of people receiving benefits has reached 2.4 million after it rose by 7,000, as opposed to the same period of last year when 3.9 people were receiving unemployment help. This sharp fall may be due to the expiration of the extended benefits program, which ended at the start of 2014.

However, applications experienced a steady decrease during the summer while employment offers kept rising. Employers managed to add 142,000 jobs last month, according to Labor Department estimates, 70,000 less than the 212,000 average in the preceding year. Analysts believe that this figure represents the end of the six-month streak of excess job gains. Other Labor Department estimates show that unemployment rates fell from 6.1 to 6.2 percent. This decrease, however, reflects the fact that many jobless Americans gave up looking for jobs (the government only counts people as unemployed if they are actively looking for a job).

Despite these numbers, analysts feel confident that hiring will continue healthily throughout the year. According to surveys, bot manufacturing and services firms have added employees in September.