You are here: Home / Health / Ebola is Unlikely to Spread but Scientists are Prepared for it Even if it Does

Kent Brantly, a doctor, was treating Ebola Patients in Monrovia, Liberia when he got infected. On Saturday he was airlifted and taken to a special isolation unit at the Emory University Hospital. Since Saturday, doctors have been monitoring his health and they are optimistic about his recovery. 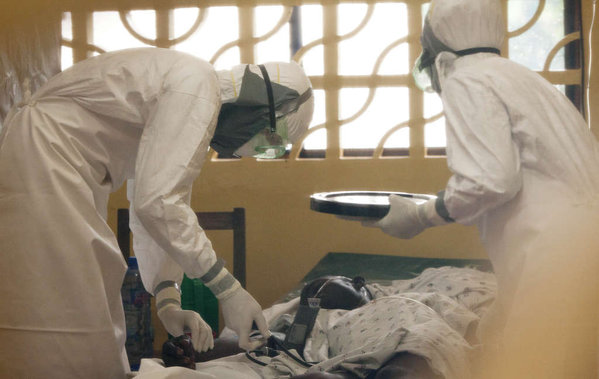 Health authorities are confident that the virus will not reach the U.S. unintentionally, and there is no way that it can be released from the isolation units at the Emory hospital. In other words, what happened in West African countries has no chances of occurring on the continent.

“The disease spreads easily in underdeveloped areas of Africa because they have few health-care facilities and the ones they do have are under-resourced.’ – Neil Fishman, Infectious-disease doctor at the University of Pennsylvania Health System

The most effective way of dealing with Ebola is early identification and proper isolation of the patient. Doctors are required to conduct meticoulous infection disease control among workers. For third-world countries these stages are nearly impossible. Specialists also say that containing the disease should be a lot easier in countries that benefit from sophisticated hospitals and good public health agencies

“I think of this as something very similar to meningococcal meningitis (…) It is a disease that is very serious and can be fatal, but it’s very difficult to transmit, and if you take appropriate precautions, you can prevent transmissions.” – Fishman added.

Many doctors that were in Africa during the Ebola outbreaks, among which is Eileen Farnon from the Temple University Hospital, say that even community hospitals in the United States are fully equipped to deal with Ebola. Eileen Farnon adds that the virus should easily be contained if personnel wears correct protective equipment.

Kent Brantly is the first American to become infected with Ebola, but he is not the only one who will be treated in the United States. His fellow in arms, Nancy Writebol, will arrive at the Emory hospital within days.

Specialists also add that intense anti-infection measures at the hospital will prevent the spread of Ebola from the two patients.

But how exactly can you protect America from travelers? Authorities say that the situation should be dealt with in Liberia, Sierra Leone and in Guinea. CDC director Tom Frieden added that they have “quarantine stations” at all the major U.S. airports.

All in all, Ebola may be deadly, but it does not spread as efficiently as other diseases. Health officials and government authorities are moving to stop any Ebola threat. Philadelphia hospitals are also confident that they can put a lid on the situation. They are aware, however, that nobody is perfectly prepared to deal with an infectious disease that has no cure and no vaccine (unexpected situations may arise).

Mattias Schnell, a microbiologist, is working on a new vaccine which is a combination between rabies and Ebola vaccine. It might not be ready for this outbreak, but he believes that it will help during the next one. A Phase I clinic trial is expected to begin within 8 to 12 months.

But what happens with the current outbreak? Frieden said that they will probably be able to contain it in six months, at best. Currently, the only treatments available for the Ebola virus include giving people fluids and blood transfusions as well as antibiotics for related infections