You are here: Home / Health / Our Brains Are Craving Combinations of Fats and Carbs (Study) 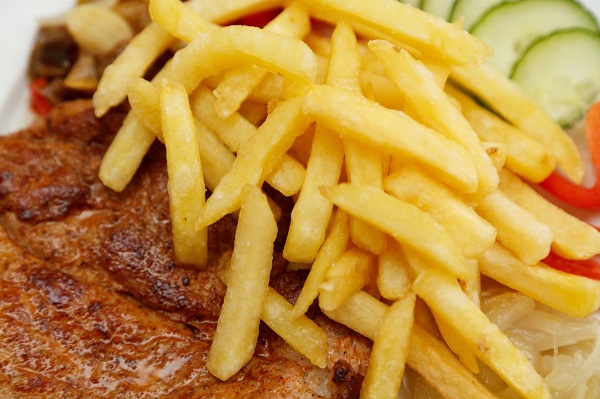 New research has tried to explain why we enjoy muffins, doughnuts, Doritos, and French Fries so much despite them being highly detrimental to our health.

Researchers at Yale University found that our brains crave foods that contain fats and carbs.

The craving is so intense that we tend to pay more for these foods despite their low nutritional content. When the two macronutrients combine addiction kicks in on a physiological level, scientists found.

The study appeared this week in the medical journal Cell Metabolism.

In the study volunteers were asked to look at images of foods made of carbohydrates (pretzels), foods mostly containing fats (cheese), and foods containing both (French fries, pastries).

Each participant was asked to rate the foods based on how appealing each food was to them. Also, volunteers said how much they were willing to pay for each food and tried to estimate the caloric intake of the foods.

Study participants estimated precisely the caloric intake of the fatty foods, but they couldn’t estimate the energy density of foods containing fats and carbs. This may be an explanation for why we find it so hard to stop binging on such foods.

In addition, volunteers were more likely to shell out more money for foods rich in both carbs and fats. Surprisingly, the amount of extra cash that participants were willing to pay for fat-and-carbs combinations was not directly proportional to how much they enjoyed eating those foods.

Study authors also measured the brain activity of participants while viewing the images of food and estimating their energy density. The brain scans revealed that two regions of the brain, the putamen and caudate, were very active during those activities.

Also, the two brain areas were more active when participants were shown pictures of foods containing both carbs and fats. The two areas are active when we are engaged in goal-directed actions, have a craving, or we’re working toward a reward.
Image Source: PxHere